Install this Themes to get HD wallpapers of Violet Evergarden in every new tab. 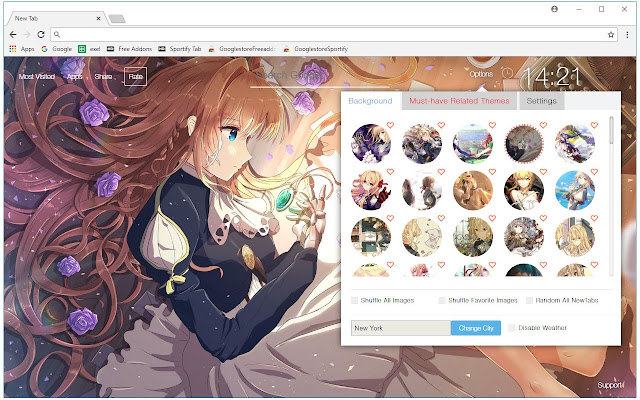 The extension is made by fans, for fans who like anime in general… Visit our homepage for more HD wallpapers and newtab themes: https://freeaddto.com/ 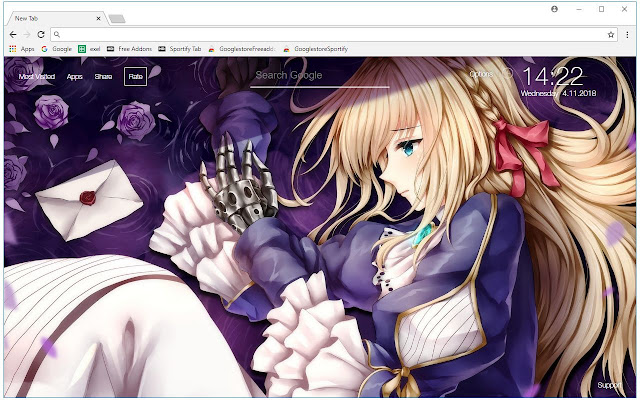 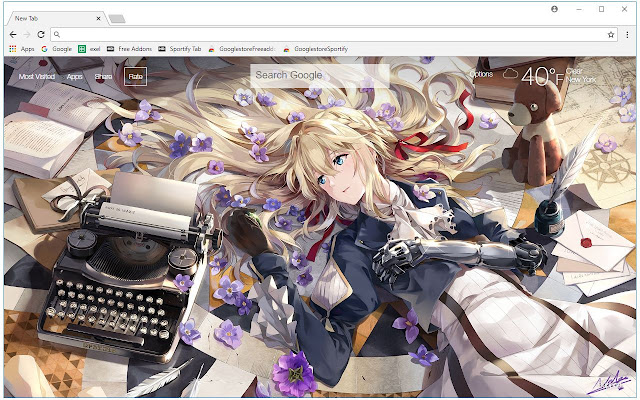 – Violet Evergarden (ヴァイオレット・エヴァーガーデン Vaioretto Evāgāden) is a Japanese light novel series written by Kana Akatsuki and illustrated by Akiko Takase. It won the grand prize in the fifth Kyoto Animation Award’s novel category in 2014, the first ever work to win a grand prize in any of the three categories (novel, scenario, and manga).[1] Kyoto Animation published the first light novel on December 25, 2015 under their KA Esuma Bunko imprint.[2] A 13-episode anime television series adaptation by Kyoto Animation aired between January and April 2018 with several advanced screenings taking place in 2017. An original video animation episode will be released in July 2018.
– The story revolves around Auto Memory Dolls (自動手記人形 Jidō Shuki Ningyō): dolls initially created by a scientist named Dr. Orland to assist his blind wife Mollie in writing her novels, and later rented out to other people who needed their services. In the present time, the term refers to the industry of writing for others. The story follows Violet Evergarden’s journey of reintegrating back into society after the war is over and her search for her life’s purpose now that she is no longer a soldier. 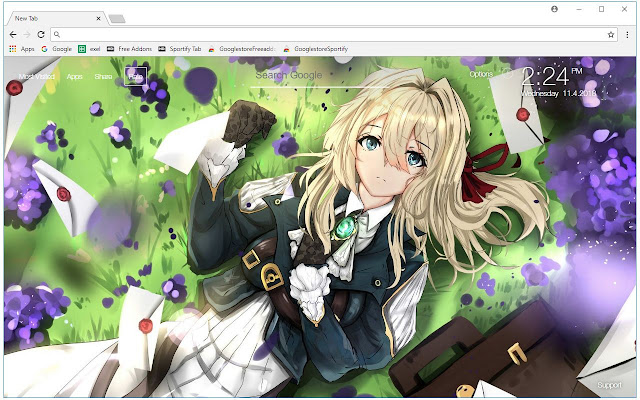 – Violet has been told by other people that she is around 14 years old. Her exact age, however, is not known.
– The green brooch Violet wears is a gift from Gilbert; she requested it because the color reminded her of his eyes, which she claims is beautiful. It is her most precious item.
– It is stated that the reason Hodgins was named Claudia (which is normally a girl’s name) is that his parents thought that he would be born a girl. So even when he was born a boy, he was still named Claudia.
– Despite being described in the light novels as having black hair, the anime depicts Gilbert as having dark blue hair.
– Gilbert’s status is not given in the anime; he is still presumed dead.
– Since Benedict wears shoes with heels, he loses his balance and sprains his ankle quite often.
– Despite being described as having pale skin in the light novels, Cattleya appears tanned in the anime.
– In the anime, Cattleya’s childish side is not shown. 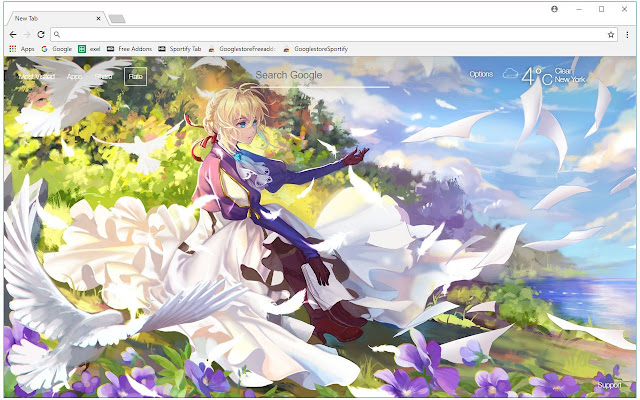