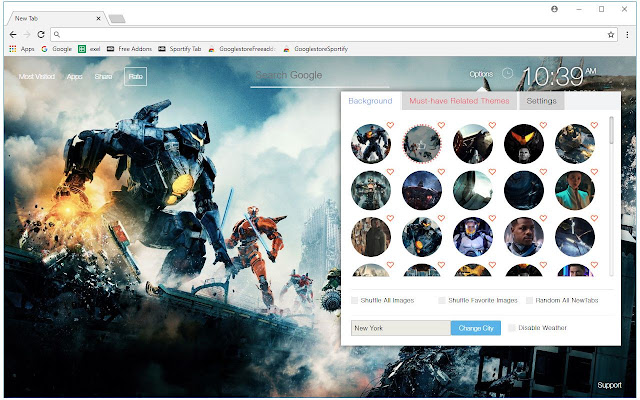 The extension is made by fans, for fans who like Pacific Rim Uprising, or robots, Transformers, or movies and films in general… Visit our homepage for more HD wallpapers and newtab themes: https://freeaddto.com/ 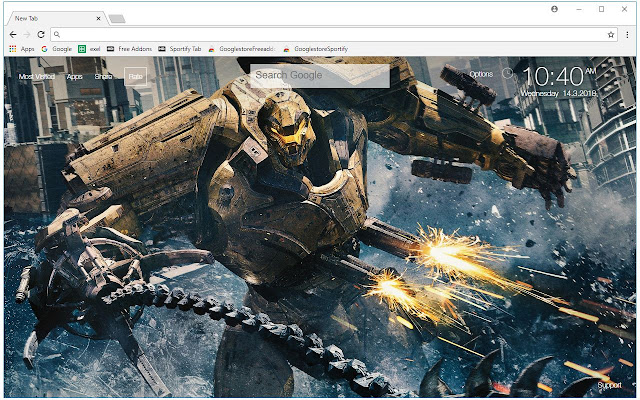 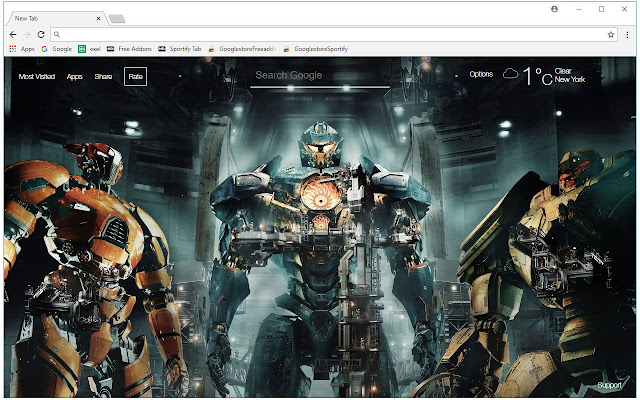 – Pacific Rim Uprising is an upcoming American science fiction action film written and directed by Steven S. DeKnight in his feature film directorial debut and co-written by Emily Carmichael, Kira Snyder, and T.S. Nowlin. It is the sequel to the 2013 film Pacific Rim by Guillermo del Toro. It stars John Boyega, Scott Eastwood, Cailee Spaeny, Jing Tian, and Adria Arjona, with Charlie Day, Burn Gorman, and Rinko Kikuchi returning in their roles from the original film. It is scheduled to be released on March 23, 2018, by Universal Pictures worldwide. The film will be released in 2D, Real D 3D, IMAX 3D, and IMAX release.
– The story takes the timeline of ten years after the Battle of the Breach,[N 1] the oceans have become restless once again, but the Jaeger program has evolved into the next generation for the PPDC. However, a mysterious organization has reopened the Breach for the Kaiju and a Jaeger has gone rogue.[5] Jake Pentecost, son of Stacker Pentecost, rises up to stand against the evolved Kaiju and a mysterious rogue Jaeger to prevent humanity’s extinction and preserve his father’s legacy. 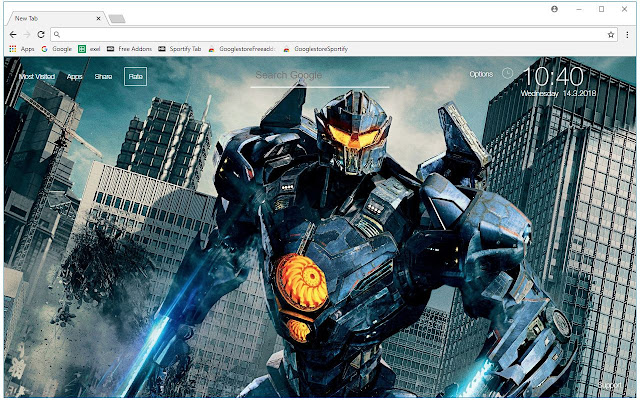 – Pacific Rim: Uprising will more than likely obtain a PG-13 rating from the Motion Picture Association of America.
– The sequel will function as a standalone.
– The filmmakers worked from the bible that Guillermo del Toro developed on the first Pacific Rim. “We expanded it,” added Boyter.
– To hear DeKnight tell it, little of del Toro’s original script is left. “I cherry picked the best parts of three scripts,” one of which was del Toro’s.
– Del Toro has been involved in the ideating process and was involved on many different drafts. “We send him all the visuals and everything,” DeKnight added. 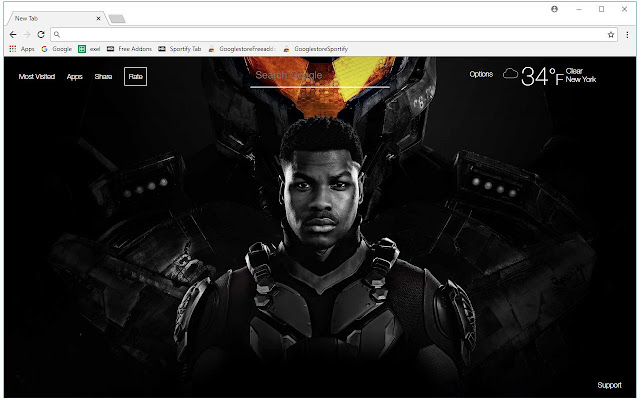