Install this Themes to get HD wallpapers of Overlord in every new tab. 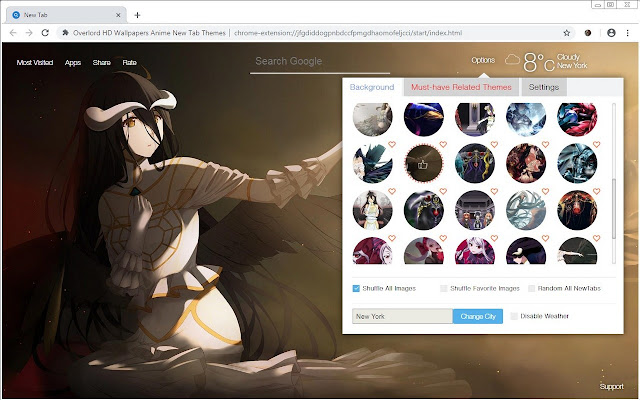 The extension is made by fans, for fans who like anime… Visit our homepage for more HD wallpapers and newtab themes: https://freeaddto.com/ 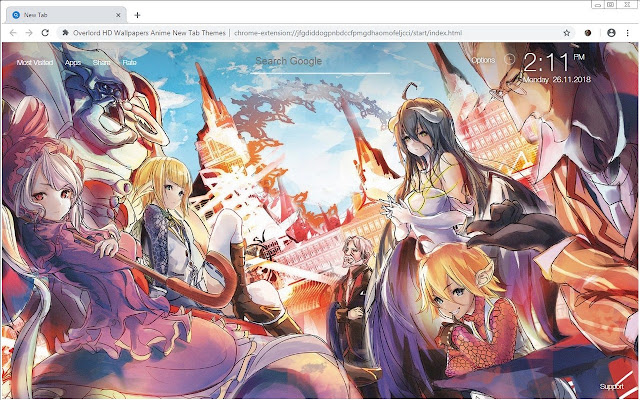 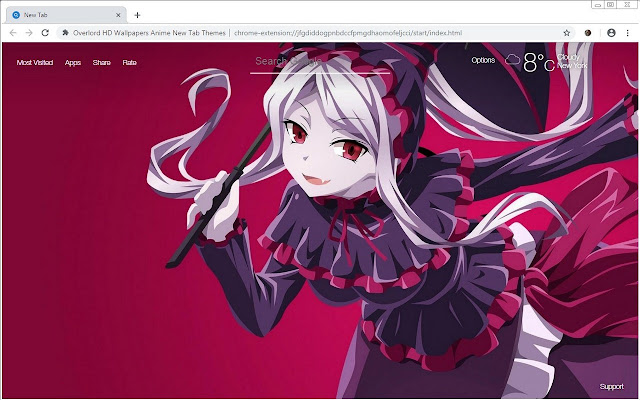 – Overlord (オーバーロード Ōbārōdo) is a Japanese light novel series written by Kugane Maruyama and illustrated by so-bin. It began serialization online in 2010, before being acquired by Enterbrain. Twelve volumes have been published since July 30, 2012. A manga adaptation by Satoshi Ōshio, with art by Hugin Miyama, began serialization in Kadokawa Shoten’s manga magazine Comp Ace from November 26, 2014. Both the light novels and the manga are licensed in North America by Yen Press, with a release date of November 8, 2016.
– A 13-episode anime television series adaptation by Madhouse aired between July 7 and September 29, 2015. Two compilation anime films recapping the events from the anime television series were released in Japan on February 25, 2017 and March 11, 2017, respectively. The second, 13-episode season ran from January 9 to April 3, 2018. A third season is planned for July 2018. 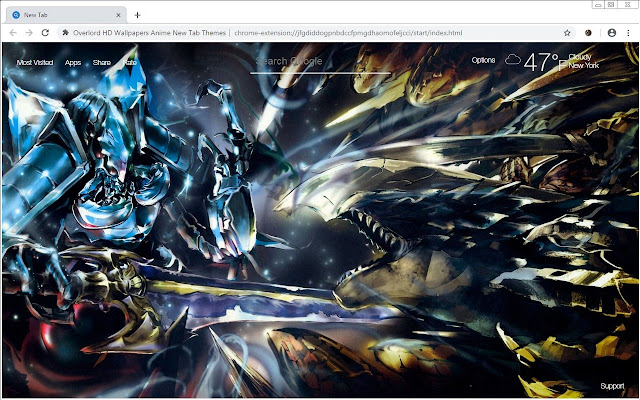 – In the Web Novel, Ainz was thought to be one of the Thirteen Heroes.
– Due to Ainz’s illusion spell, the Swords of Darkness believed that judging from his facial appearance which is black hair and eyes visually, they see people like him are commonplace in the South.
– Among the Floor Guardians and NPCs, Albedo is the only one who harbors hateful thoughts toward their creators including her own, but Momonga.
– While brainwashed by a World Item, Shalltear was killed twice by Ainz prior and after her resurrection.
– His assumed name “Jaldabaoth” is the name of a supernatural being considered to be a member of the Demiurges. The name Jaldabaoth means “traitor.” It seems that Demiurge selected this name as he needed to fight against Momon with the fake identity.
– In the Web Novel, Cocytus was put in charge of the security from 9th Floor to the 10th Floor. Cocytus commands a troop of armored beetle warriors and he is the creation of Blue Planet.
– In the Web Novel, Aura Bella Fiora is called Aura Debay Fiora.
– In the Web Novel, Mare Bello Fiore doesn’t exist.
– Victim doesn’t exist in the Web Novel. The author said he thought about its basic concept, yet there was no part suitable for Victim to appear.
– Sebas mentioned that if he had to obey anyone’s orders without question, it would be his creator Touch Me.
– Pandora’s Actor speaks in German when he says “Wenn es meines Gottes Wille ist”, meaning “If it is my God’s will”. 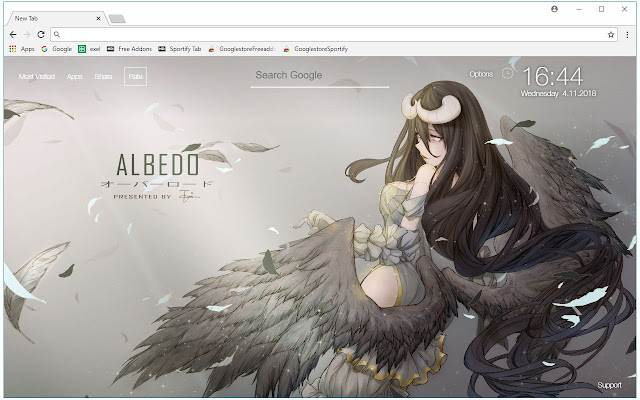