October 27 Update: New 5 Images (Scroll down to end in “Options” Box). Install this NewTab Themes and enjoy HD wallpapers of battle royale games like Fortnite and PUBG everytime you open a new tab. 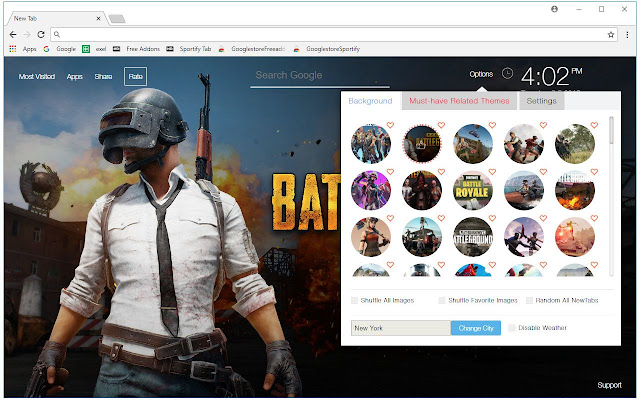 The extension is made by fans, for fans who like battle royale games like Fortnite and PUBG (Playersunknown’s battleground) or FPS games like Overwatch in general… Visit our homepage for more HD wallpapers and newtab themes: https://freeaddto.com/ 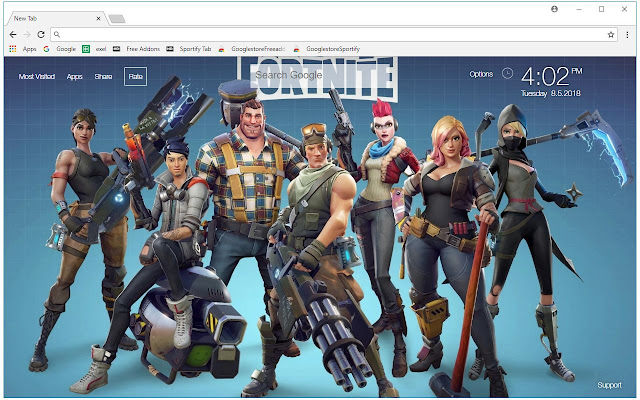 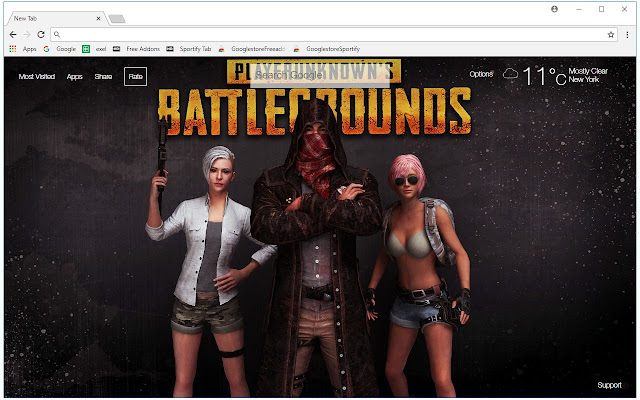 – A battle royale game, also spelled battle royal, is a video game genre that blends the survival, exploration and scavenging elements of a survival game with last man standing gameplay. Battle royale games challenge a large number of players, starting with minimal equipment, to search for weapons and armor and eliminate other opponents all while avoiding being trapped outside of a shrinking “safe area”, with the winner being the last competitor in the game. The name for the genre is taken from the 2000 Japanese film Battle Royale, which presents a similar theme of a last-man-standing competition in a shrinking play zone.[1][2]
– The genre’s origins arose from mods for large-scale, online, survival games like Minecraft and ARMA 2, before becoming their own standalone games. While PlayerUnknown’s Battlegrounds, which released in 2017, was not the first battle royale game, its rapid popularity, with over 25 million copies sold by the end of 2017, popularized the genre. In 2018, the free-to-play Fortnite Battle Royale rapidly became a cultural phenomenon, overtaking Battlegrounds in terms of player numbers and revenue. 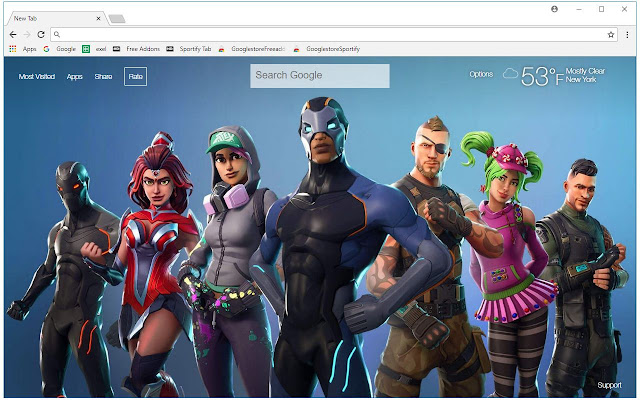 – Battle royale games are played between a large number of individual players, or a number of small squads (typically up to four or five players). In each match, the goal is to be the last player or last team standing by eliminating all other opponents. A match starts by placing the player-characters into a large map space, which may have random distribution or allow players to have some control of where they start. All players start with minimal equipment, giving no player an implicit advantage at the onset, though games allow players to customize the appearance of their character. Randomly scattered around the map are weapons, armor, vehicles, and other items that are beneficial for combat and survival. Players need to search the map for these items while avoid being killed by other players. Equipment from eliminated players can be looted as well. The “safe area” of the map decreases in size around a randomly selected point throughout the match, forcing surviving players into closer quarters and increasing the chance of player encounters. Those caught outside this safe area take damage and will eventually die if they do not re-enter the so-called “safe area”. The match is over when only one player or team remains, and the game typically provides some type of reward (in-game currency for more cosmetic items) to all players based on how long they survived.
– The random nature of starting point, item placement, and safe area reduction lends the battle royale genre to challenge players to think and react quickly and improve strategies throughout the match as to be the last man/team standing.
– In addition to standalone games, the battle royale concept may also be present as part of one of many game modes within a larger game, or may be applied as a user-created mod created for another game.[7]
– There are various modifications that can be implemented atop the fundamentals of the battle royale. For example, Fortnite introduced a temporary mode in an event which is 50-versus-50 player mode in its Fortnite Battle Royale free-to-play game; players are assigned one of the two teams, and work with their teammates to collect resources and weapons towards constructing fortifications as the safe area of the game shrinks down, with the goal to eliminate all the players on the other team. 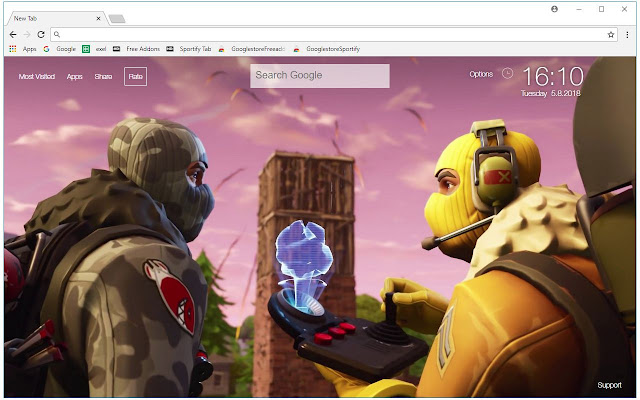