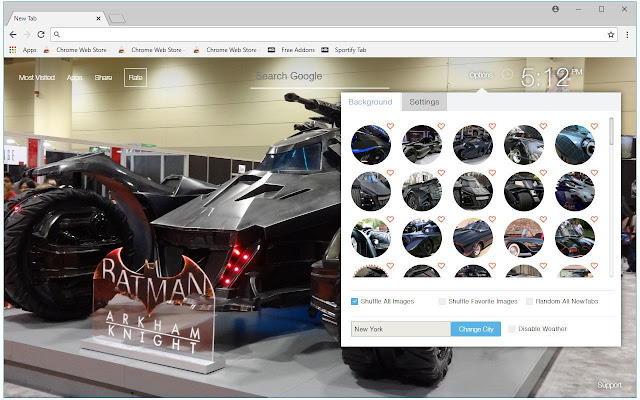 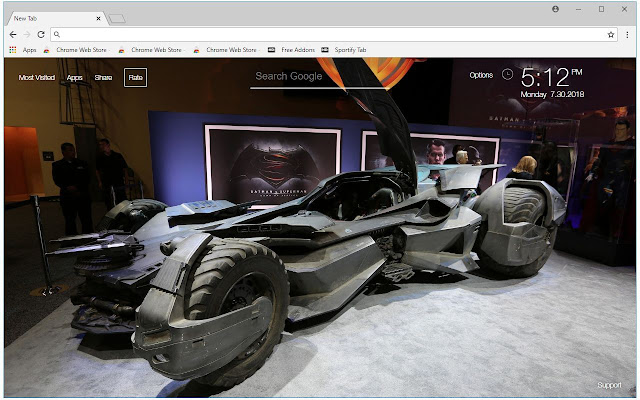 ★ What can you get from our Batmobile themes?

Second, the extension provides quick navigation to your most visited sites, Chrome apps like Gmail, or quick reminder with To-Do List right on the Batmobile theme. Date, time and weather forecast can also be shown on Batmobile new tab if you need.

Finally, you can enjoy all these features (and more will be added on your requests) for free! Our Batmobile extension does not include ads or any hidden catch! 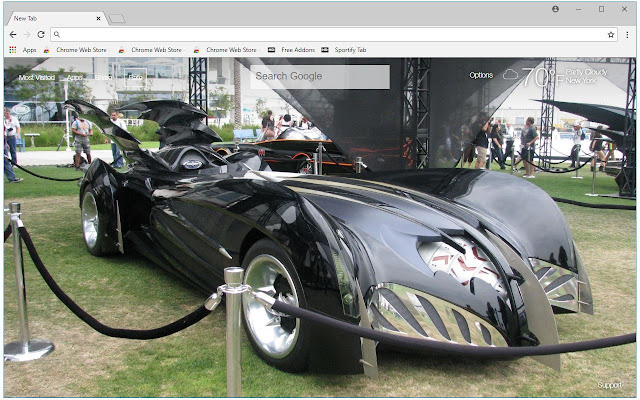 + Batman TV series/1966 movie Batmobile (driven by Adam West):
– The vehicle was built from a nonfunctioning 1955 Ford Lincoln Futura concept car that cost $250,000
– Car customizer George Barris bought the concept car for $1 and had three weeks and $15,000 to turn it into the Batmobile, which included adding a Ford Galaxy chassis
+ Batman (1989) and Batman Returns (1992) Batmobile (driven by Michael Keaton):
– One of the Batmobiles used in the films was bought by comedian Jeff Dunham
– Dunham’s version is street legal, including a license plate that drops down when the car starts 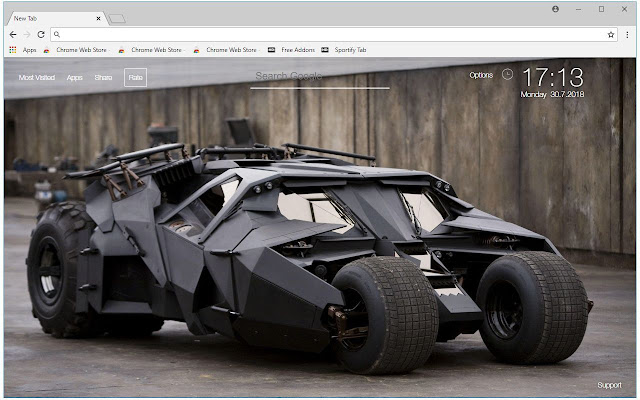 + Batman Forever (1995) Batmobile (driven by Val Kilmer):
– 3 patents were issued based on the design of this Batmobile
– The illuminated Bat hubcaps on the wheels don’t spin when it drives, so the Bat symbol is always seen upright
+ Batman & Robin (1997) Batmobile (driven by George Clooney):
– The tires are covered with bat logos that show up in the dirt when the vehicle is driven
– It has one of the most intricate interiors of the Batmobiles, most of which isn’t shown on screen
+ Batman Begins (2005), The Dark Knight (2008), The Dark Knight Rises (2012) Tumbler (driven by Christian Bale):
– The movie studio wouldn’t greenlight the new films until it was shown the Tumbler could do the things required in the script
– The Tumbler isn’t suitable for military use — being made of fiberglass, its armor plating wouldn’t stop a bullet 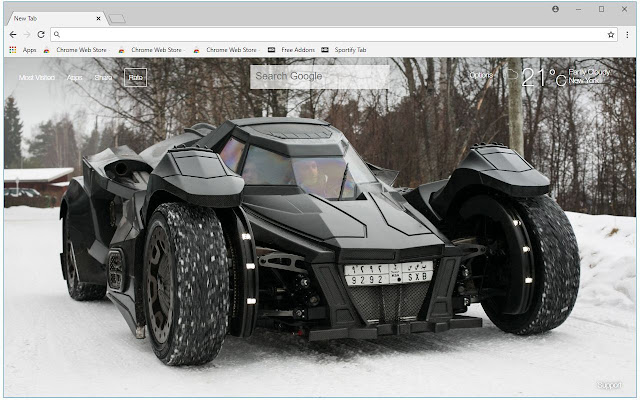