The Assassin’s Creed Origins has just released on October 27, 2017 and it has been highly rated by both fans and critics. This means now is the perfect time to have a total ranking of all Assassin’s Creed games to date, from the the original Assassin’s Creed 1 to the latest title Origins. So with no further ado, let’s get onto the list! (We have 11 titles to cover after all) 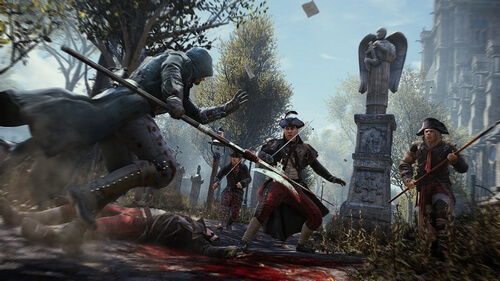 By putting Assassin’s Creed Unity at the bottom, it doesn’t mean that the game is a total failure in every aspect. In fact, what Assassin’s Creed Unity tried to do is to revamp the entire franchise after the success of Assassin’s Creed 4 Black Flag. The game brings players to the grand city of Paris during the French Revolution, in which players take role of Arno Dorian who is on an investigation about his father’s death.

The game includes lots of most significant changes from its gorgeous graphic, gameplay, creative assassinations, to the massive open-world area, and the multiplayer. Sadly, the game was practically a mess at launch with full of bugs (it was like a bug-fest). The story wasn’t exactly compelling either, and therefore, everything gave Assassin’s Creed Unity a mortal blow, putting Unity among the worst Assassin’s Creed games.

Though the bug-fest situation is dealt with nowadays, the memory of a messy Unity at launch cannot be forgotten that easily. And that’s why it’s number 11. 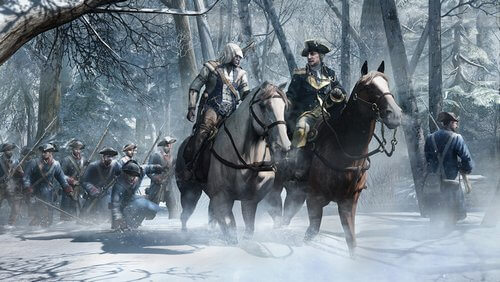 It is quite hard for Assassin’s Creed 3 to surpass the shadow of the so-successful Assassin’s Creed 2 trilogies with the story of Ezio Auditore da Firenze. The game brings players to the untamed land of America when the foundation United States was still on the paper. Players, again takes role of Desmond Miles, discover the secrets and histories of America through the memory of his ancestor: Ratonhnhaké:ton (or Connor Kenway).

For those who interested in American history, Assassin’s Creed 3 can provide quite good knowledge (not including the assassination part). But besides that, the game doesn’t have much to offer. The main protagonist Connor Kenway lacks too much impact and characteristics. The story isn’t attractive, thus making Assassin’s Creed 3 quite forgettable. On the bright side, the combat and the hunt mechanic are well designed, especially the ship battles which set out the foundation for the excellent Assassin’s Creed 4 Black Flag. 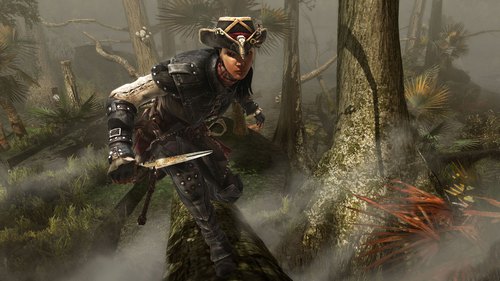 Assassin’s Creed Liberation is more like an expansion of Assassin’s Creed 3, rather than a standalone Assassin’s Creed game. The game was first released on PS Vita, and later on had a PC port. This time, the players take role of a female assassin: Aveline de Grandpré during the end of the French and Indian War.

The game was quite decent on PS Vita, but then due to fans’ demand, Ubisoft released a PC version for the game. In general, Assassin’s Creed Liberation is not a bad game; however, PS Vita seems not to be able to handle the scale of Assassin’s Creed Liberation. On PC, things work out better, but the gameplay and the plot was far from innovating. It is definitely a good PS Vita game, but totally not a fine title on PC. 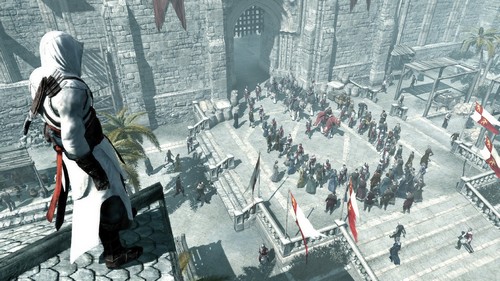 Compared to nowadays standard, Assassin’s Creed 1 is not a groundbreaking game. However, considering the time it released (2008), the game was a success by setting up firm foundation for the franchise and introducing players to a new world.

In Assassin’s Creed 1, players are introduced with the main protagonist Desmond Miles and his ancestor Altaïr Ibn-La’Ahad. Players experience the life of Altaïr Ibn-La’Ahad and his quest for the Piece of Eden. The story of Altair and his descendant are quite intriguing with twists and turns, especially during the endgame. That said though, since it was the very first title in 2008, the gameplay was somewhat mundane and repetitive (mostly about assassinating a target).

But nonetheless, based on its release date and its foundation, Assassin’s Creed 1 deserves to 7th spot on the list. 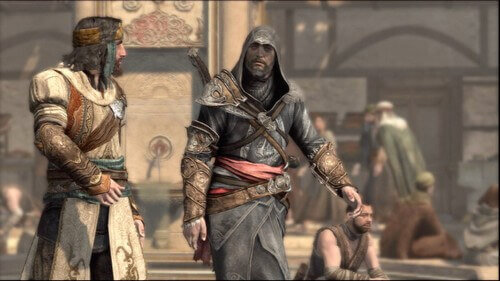 The reason why Assassin’s Creed Revelation cannot go higher on the list is due to its gameplay, despite its intriguing story. Assassin’s Creed Revelation puts an end to Ezio Auditore da Firenze’s story as he finally found the Library of Altair and the plot about the First Civilization. The story of Ezio is quite an interesting one, especially his illusion of Altair guiding him.

As interesting as the story might be, Assassin’s Creed Revelation didn’t offer any new gameplay mechanic. Everything is the same like Assassin’s Creed Brotherhood, though it has several new sections like base defense. Still, those new sections are not enough to make this game outstanding. 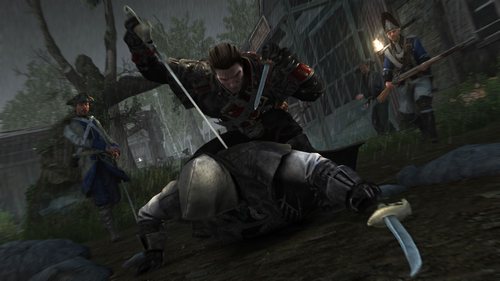 What is interesting about Assassin’s Creed Rogue is its story: this time the players take role of Shay Cormac, an assassin who betrayed his own faction and joined the rank of Templar Order. As the results, it brings a refreshing feeling, unlike other Assassin’s Creed games which are all about killing the Templars. 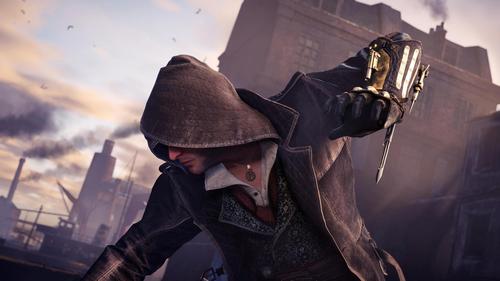 Syndicate provides a huge playground with London being 30% larger than Paris in Assassin’s Creed Unity. As the game was set in Industrial Revolution, Syndicate also provides modern tools like handgun, knuckles, cane swords. They also tried to apply RPG elements in the game, typically the leveling system. Compare to the disastrous, Assassin’s Creed Syndicate totally has better launch than the Unity. However, it still cannot surpass the shadow of its predecessors. 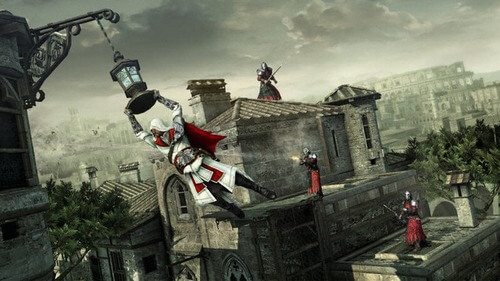 In Brotherhood, the players continue the story of Ezio in his quest to rebuild the Assassin Order in Rome and take down the Borgia Templar family. The game includes tons of changes to the gameplay, making further foundation for later Assassin’s Creed games. Several typical changes are dual-wielding system, heavy weapons, ranged weapons like crossbow and the infamous Poison Darts, Rome renovations, apprentices recruiting and training.

With tons of innovations, no wonder why Assassin’s Creed Brotherhood was highly praised by many fans and it deserves to rank 3rd on the list. 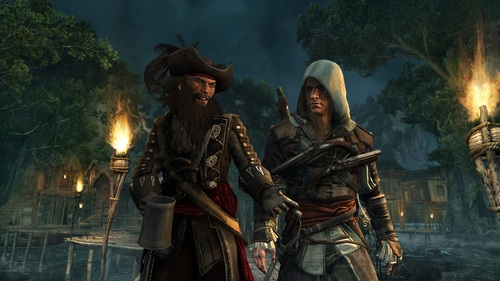 Like Assassin’s Creed Brotherhood, Assassin’s Creed 4 Black Flag brings out new refreshing experience for the franchise. The players take role of a true pirate named Edward Kenway on the Caribbean Sea. It’s hard to say whether Black Flag’s story is an innovative one, but surely it gives something new. The protagonist – Edward Kenway is a pirate and initially, he was not an assassin. As the game progress, the players can see more sides of Edward Kenway, who initially didn’t think highly of the Assassin. His story is also an intriguing one as players can meet other famous pirates like the infamous Blackbeard or Kids.

What is innovating most about Assassin’s Creed 4 Black Flag was the ship gameplay. Players can have various upgrades with Edward’s ship – Jackdaw, discover various islands on Caribbean Sea, and experience the feeling of being a pirate captain with fellows in crime. And of course, we have to mention the ship battles which can be the most thrilling mechanic of the game, especially the battles with Legendary Ships. In the end, we have to agree that Assassin’s Creed 4 Black Flag is among the best Assassin’s Creed games to date.

The most hyped thing about AC Origins is definitely the new timeline. This time, players get to experience the Ancient Egypt during Ptolemaic period through a new protagonist named Bayek, a member of an elite Egyptian force – Medjay. To make things more fascinating, the development team tried to recreate the entire Ancient Egypt, including vast desert, gorgeous towns and cities, and most importantly, the mysterious tombs and pyramids.

In terms of gameplay, Assassin’s Creed Origins heavily borrows many elements from RPG, typically leveling system, skill tree, and gears. The combat also gets revamped with the a new system (which is pretty similar to Dark Souls), while the assassination mechanic mostly stay the same.

Overall, AC Origins is definitely a great game and a great sequel for this series. However, for now we still consider AC Origins to be number 2 due to certain drawbacks like the clunky combat and the existence microtransaction. The main character Bayek seems to have interesting story, yet Ezio from Assassin’s Creed 2 still has more charm. Nonetheless, the story of AC Origins and its main character are definitely good and enjoyable. And of course, for those who may ask: “Is this game worth to buy?” We gladly say that: Yes! You won’t be disappointed! 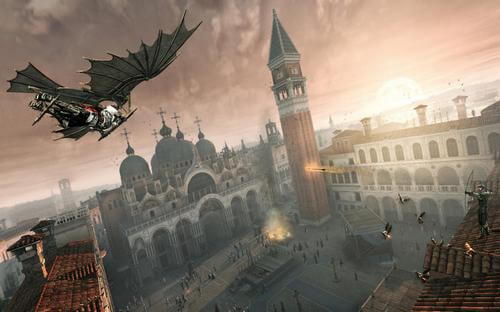 In Assassin’s Creed 2, the players take role of the charismatic Ezio Auditore da Firenze for the first time. The story of Assassin’s Creed 2 is definitely fantastic as players experience the vengeance journey of Ezio as a new Assassin. We also meet the famous Leonardo da Vinci who supported Ezio with various upgrades for his arsenal. In addition, the game provides new enhancements to the gameplay since Assassin’s Creed 1, typically the economic system in Ezio’s fortress Monteriggioni and the Notorious system which has been used throughout Assassin’s Creed games.

And that’s it folk! Which Assassin’s Creed game do you think is the best? Feel free to share with us and for now, thank you and stay tune for more news in the future!