SERAPH OF THE END ANIME NEW TAB – Offered by FreeAddon

Install my Owari No Seraph Anime New Tab Themes and enjoy varied HD wallpapers of Seraph of the End anime, everytime you open a new tab. 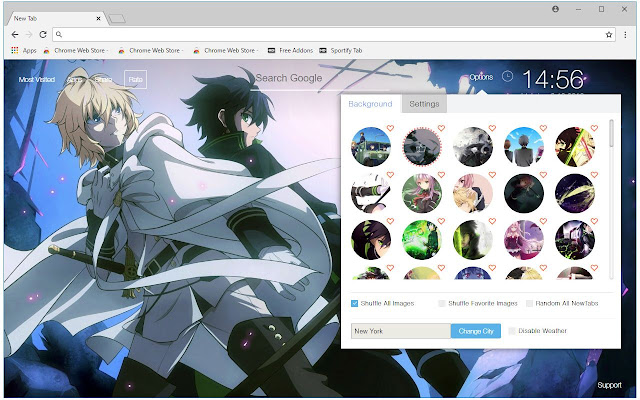 ★ Interested in themes like Seraph of the End, Naruto, Boku no Hero Academia, Attack on Titan anime? Visit our homepage for more HD wallpapers and newtab themes: https://freeaddto.com/ 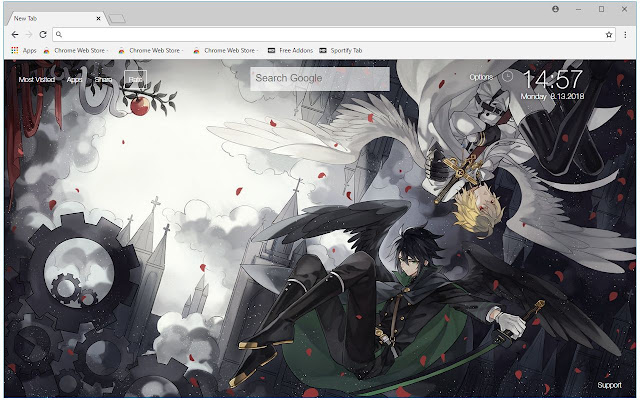 ★ What can you get from our Owari no Seraph anime themes?

First, you can enjoy a wide range of Owari no Seraph anime wallpapers in HD quality. You can shuffle all pics, or, shuffle your favorite Seraph of the End anime pics only. You can also select Slideshow option and enjoy a cool screensaver with Owari no Seraph anime wallpapers. And, you can use other free addon themes along with this Seraph of the End anime new tab.

Second, the extension provides quick navigation to your most visited sites, Chrome apps like Gmail, or quick reminder with To-Do List right on the Seraph of the End anime theme. Date, time and weather forecast can also be shown on Owari no Seraph anime new tab if you need.

Finally, you can enjoy all these features (and more will be added on your requests) for free! Our Owari no Seraph anime extension does not include ads or any hidden catch! 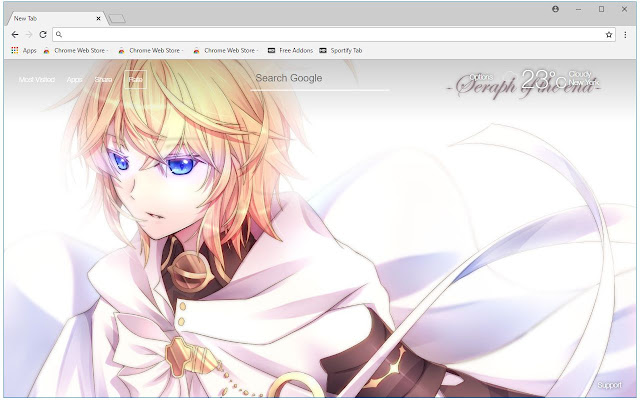 ★ About Seraph of the End – Owari no Seraph:

+ Seraph of the End (Japanese: 終わりのセラフ Hepburn: Owari no Serafu) (also known as Seraph of the End: Vampire Reign) is a Japanese dark fantasy[2] manga series written by Takaya Kagami and illustrated by Yamato Yamamoto with storyboards by Daisuke Furuya. It is published by Shueisha on Jump SQ and in English by Viz Media on Weekly Shonen Jump.
+ The series is set in a world that allegedly comes to an end at the hands of a “human-made” virus, ravaging the global populace and leaving only children under the age of thirteen untouched. It is at this time that vampires emerge from the recesses of the earth, likely followed by age-old horrors of the dark thought only to be myth. A young man named Yūichirō Hyakuya joins a vampire extermination unit to avenge the deaths of his orphaned family and reclaim his best friend Mikaela Hyakuya from the vampires. 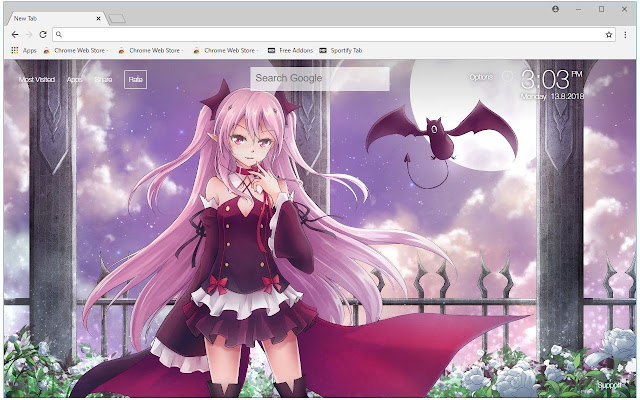 ★ About Seraph of the End – Owari no Seraph:

+ An anime adaptation by Wit Studio was announced on August 28, 2014. The first cour of the series premiered in Japan on April 4, 2015 and ended on June 20, 2015. The second cour began on October 10, 2015 and finished on December 26, 2015. The series was later broadcast in the United Kingdom on Viceland, beginning February 14, 2018.[3][4]
+ A series of light novels focused on Yu’s superior, Guren Ichinose, has been written by Kagami and illustrated by Yamamoto. 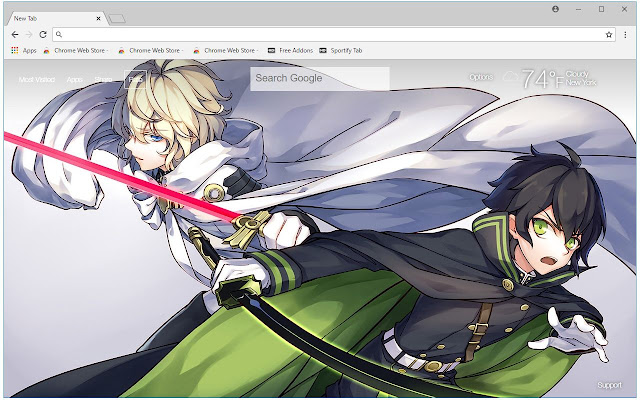