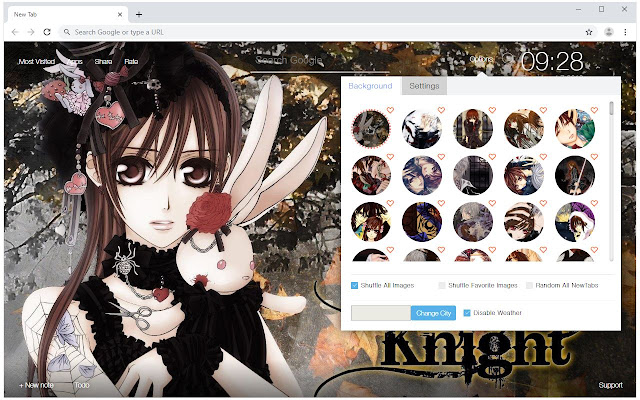 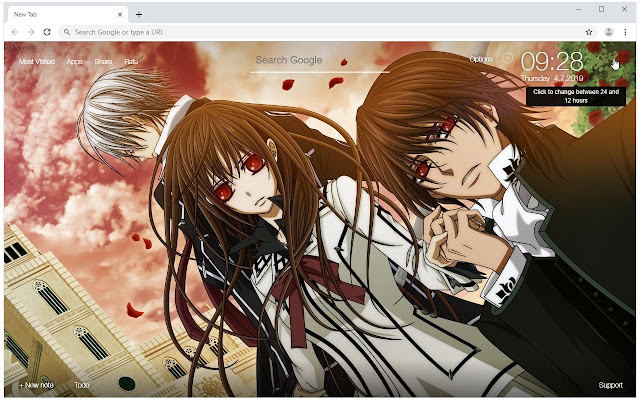 ★ What can you get from our Vampire Knight themes?

First, you can enjoy a wide range of wallpapers in HD quality. You can shuffle all pics, or, shuffle your favorite Vampire Knight anime pics only. You can also select Slideshow option and enjoy a cool screensaver with Vampire Knight wallpapers. And, you can use other free addon themes along with this new tab.

Second, the extension provides quick navigation to your most visited sites, Chrome apps like Gmail, or quick reminder with To-Do List right on the Vampire Knight anime theme. Date & time can also be shown on this new tab if you need.

Finally, you can enjoy all these features for free! Our Vampire Knight anime extension does not include ads or any hidden catch! 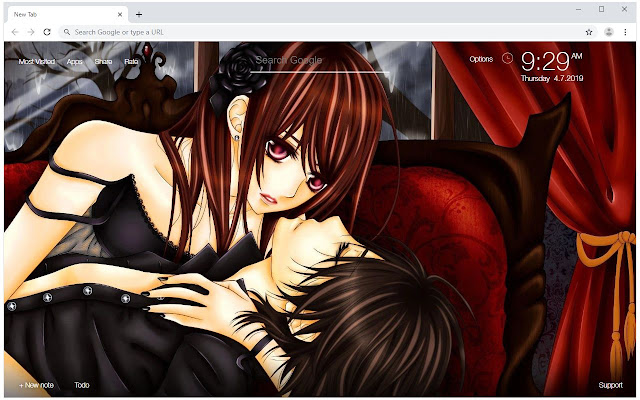 – Vampire Knight (Japanese: ヴァンパイア騎士ナイト Hepburn: Vanpaia Naito) is a Japanese shōjo manga series written by Matsuri Hino. The series premiered in the January 2005 issue of LaLa magazine and officially ended in May of 2013. Chapters were collected and published in collected volumes by Hakusensha, concluding with nineteen volumes released in Japan. The manga series is licensed in English by Viz Media, who has released all nineteen volumes. The English adaptation premiered in the July 2006 issue of Viz’s Shojo Beat magazine, with the collected volumes being published on a quarterly basis. 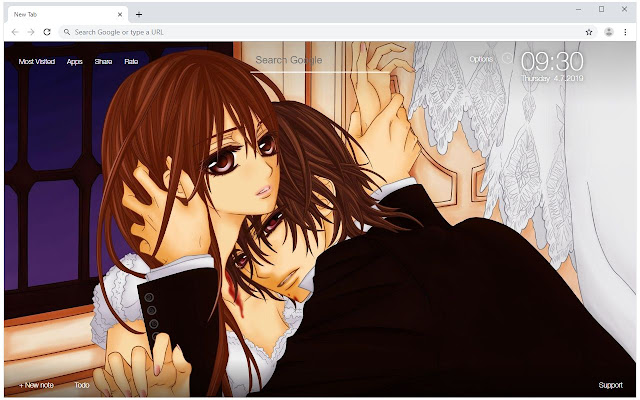 – Two drama CDs were created for the series, as well as a twenty-six episode anime adaptation. Produced by Studio Deen, the anime series’ first season aired in Japan on TV Tokyo between April 8, 2008, and July 1, 2008. The second season, aired on the same station from October 7, 2008, to December 30, 2008. The anime uses many of the same voice actors as were used for the drama CDs. The anime adaptations were licensed for release in North America by Viz Media, the DVD released on July 20, 2010. 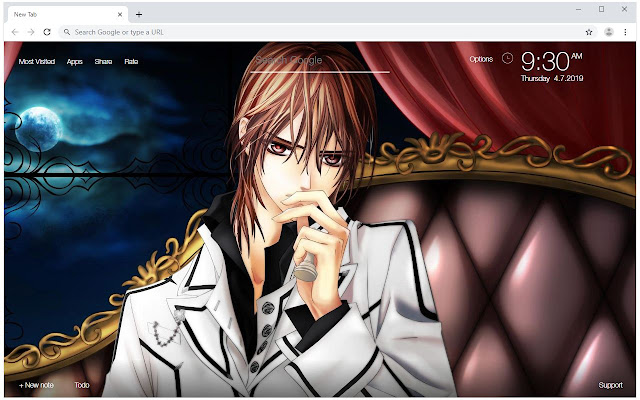