October 21 Update: New 05 Images (Scroll down to end in “Options” Box).
For those who love Tokyo Ghoul, like me, I’ve created this NewTab extension. Open each newtab with a random HD wallpaper of Tokyo Ghoul anime/manga. 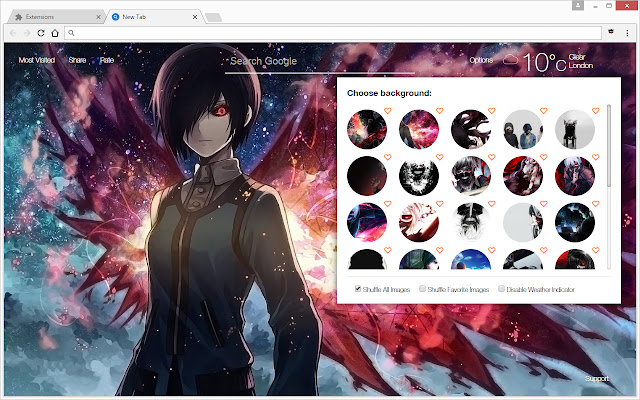 This NewTab extension was made by an otaku, made for Tokyo Ghoul fans. Have fun! 🙂 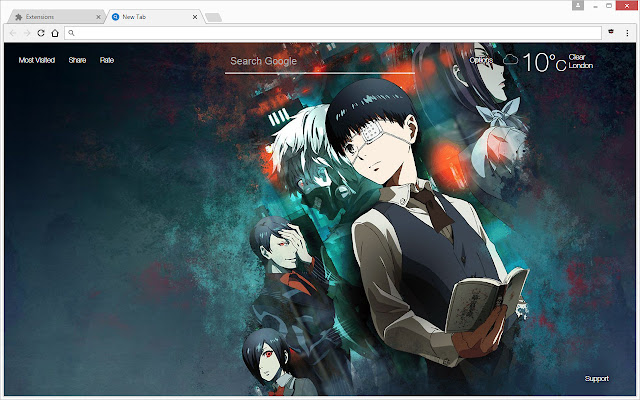 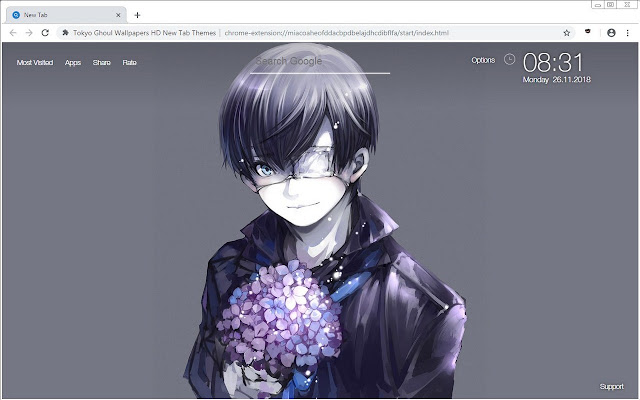 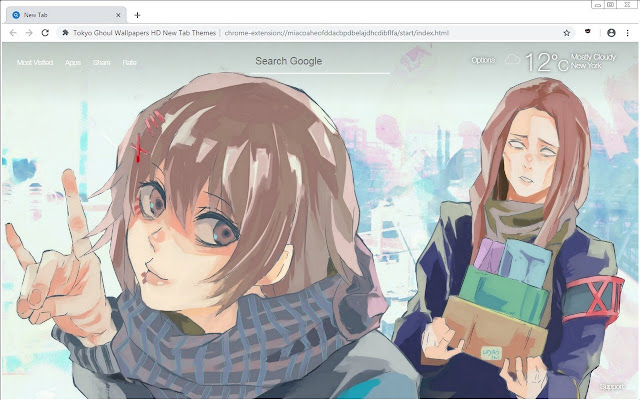 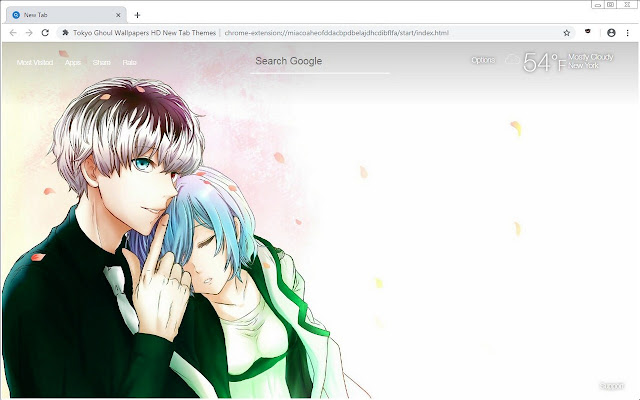 For those who have not seen, Plot of the series: The story follows Ken Kaneki, a college student who barely survives a deadly encounter with Rize Kamishiro, his date who reveals herself as a ghoul, he is taken to the hospital in critical condition. After recovering, Kaneki discovers that he underwent a surgery that transformed him into a half-ghoul. This was accomplished because some of Rize’s organs were transferred into his body, and now, like normal ghouls, he must consume human flesh to survive. The ghouls who manage the coffee shop “Anteiku” take him in and teach him to deal with his new life as a half-ghoul. Some of his daily struggles include fitting into the ghoul society, as well as keeping his identity hidden from his human companions. The prequel series Tokyo Ghoul [Jack] follows the youths of Kishō Arima and Taishi Fura, two characters from the main series who become acquainted when they join forces to investigate the death of Taishi’s friend by the hands of a ghoul, leading to Taishi eventually following Arima’s path and joining the CCG (Commission of Counter Ghoul), the federal agency tasked into dealing with crimes related to ghouls as well. The sequel series Tokyo Ghoul:re follows an amnesiac Kaneki under the new identity of Haise Sasaki, the leader of a special team of CCG investigators called “Quinx Squad”, that underwent a similar procedure as his, allowing them to obtain the special abilities of Ghouls in order to fight them, but still being able to live as normal humans. List of Tokyo Ghoul characters: Ken Kaneki, Ghouls, Anteiku/Black Goat, Clowns, Aogiri Tree, Leaders, Subordinates, Executives, Tsukiyama Family, Commission of Counter Ghoul (CCG), Associate Special Class Investigators, First-Class Rank-1 Rank-2 Investigators, Quinx Squad, Investigator Assistants.