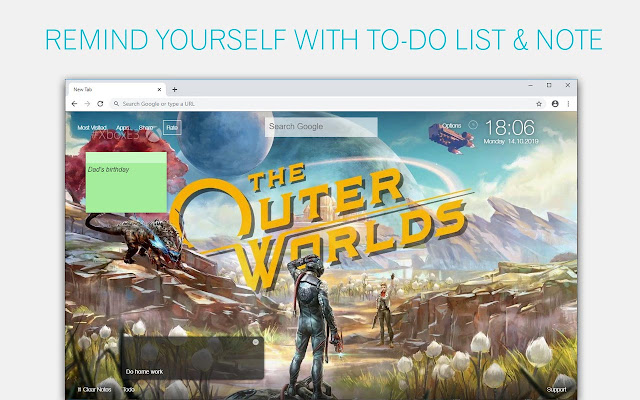 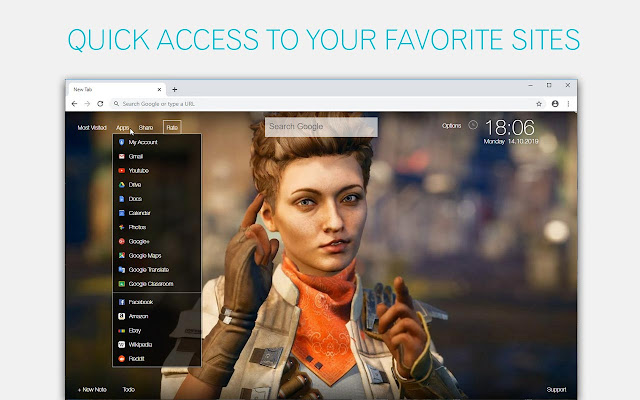 ✔ Customized new tab page featuring The Outer Worlds wallpapers in HD quality. Choose your favorite wallpapers, and even use many FreeAddon new tab along with this one, not just The Outer Worlds.
✔ Count Gmail unread emails. Quick access to most visited sites and Google Apps like Gmail or YouTube.
✔ Check out current date-time with a digital clock right on The Outer Worlds themed newtab page.
✔ You can also add sticky notes, to-do tasks list, reminder and countdown to events.

★ FreeAddon’s “The Outer Worlds Wallpaper HD Custom New Tab” extension is completely free to use. Our extension DOES NOT have ads or virus. 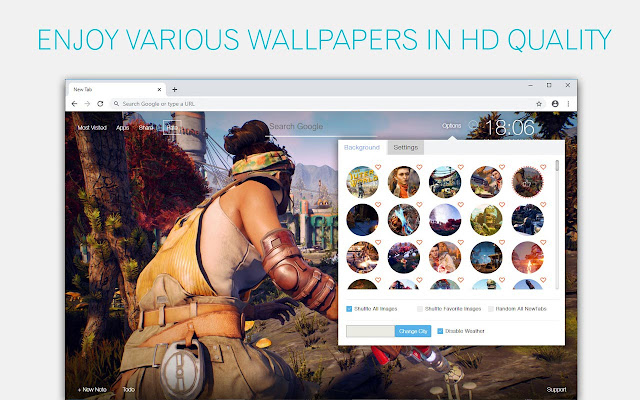 ★ About The Outer Worlds:

– The Outer Worlds is an upcoming role-playing video game developed by Obsidian Entertainment and published by Private Division. The game will be released for PlayStation 4, Xbox One, and Microsoft Windows on October 25, 2019, with a Nintendo Switch version to be released later. 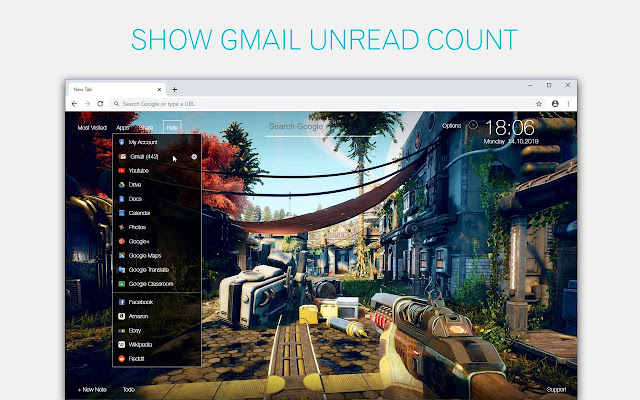 ★ About The Outer Worlds:

– The game is set in an alternate future that diverged in 1901, when U.S. President William McKinley is not assassinated by Leon Czolgosz at the Pan-American Exposition. As a result, Theodore Roosevelt never succeeded him, allowing large business trusts to dominate society well into the future, where megacorporations have begun colonizing and terraforming alien planets.[5] Originally bound for the furthest reaches of the galaxy, a colony ship’s faster-than-light travel goes astray, leaving it abandoned at the edge of colony space. The player character awakens on board from cryosleep only to find that most of the passengers are still in hibernation, and begins a journey to a nearby colony to investigate the true nature of the corporations. The game features several factions and a branching story that reacts to the player’s choices. 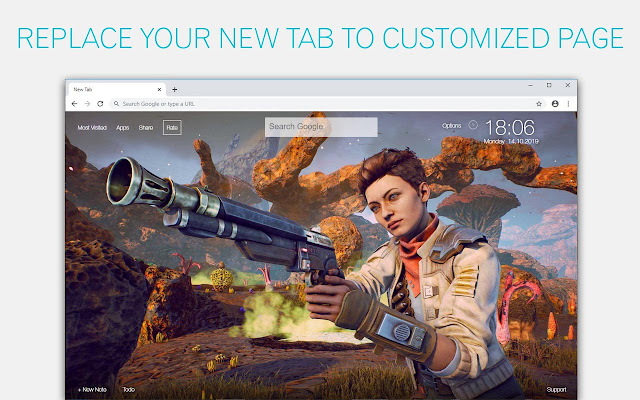