October 23 Update: New 5 Images (Scroll down to end in “Options” Box).Install my Stranger Things New Tab Themes and enjoy HD wallpapers of the mysterious Stranger Things with everytime you open a new tab. 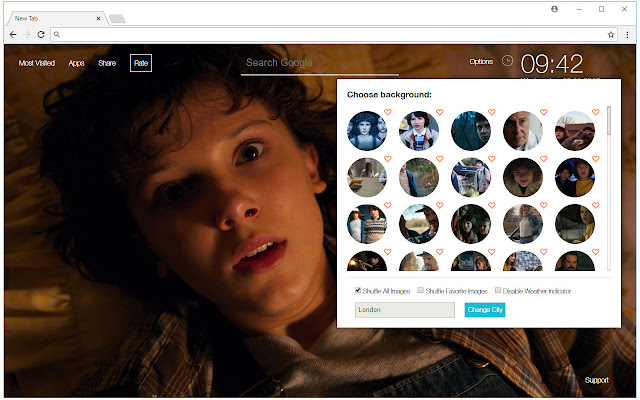 The extension is made by fans, for fans who like Stranger Things or TV shows in general… Visit our homepage for more HD wallpapers and newtab themes: https://freeaddto.com/ 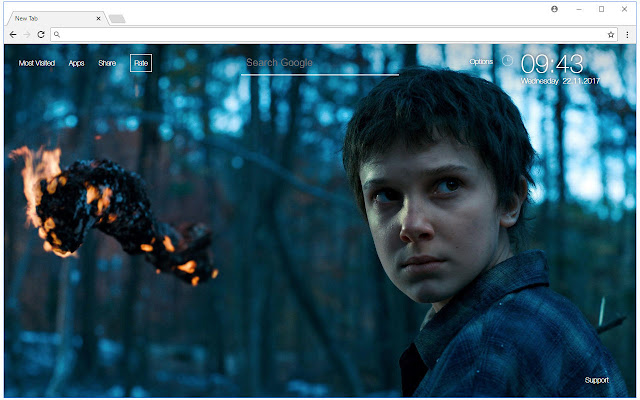 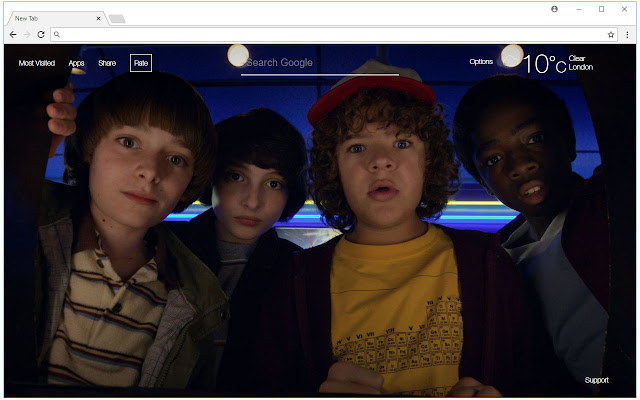 – Stranger Things is an American science fiction-horror web television series created, written, directed and co-executive produced by the Duffer Brothers, as well as co-executive produced by Shawn Levy and Dan Cohen. The first season, released in July 2016, stars Winona Ryder, David Harbour, Finn Wolfhard, Millie Bobby Brown, Gaten Matarazzo, Caleb McLaughlin, Natalia Dyer, Charlie Heaton, Cara Buono and Matthew Modine, with Noah Schnapp and Joe Keery in recurring roles. For the second season, Schnapp and Keery were promoted to series regulars, along with the additions of Sadie Sink, Dacre Montgomery, Sean Astin and Paul Reiser.
– Set in the fictional town of Hawkins, Indiana in the 1980s, the first season focuses on the investigation into the disappearance of a young boy amid supernatural events occurring around the town including the appearance of a girl with psychokinetic abilities who helps the missing boy’s friends in their own search. The second season, titled Stranger Things 2, is set a year after the first, and deals with attempts of the characters to return to normal and consequences that linger from the first season.
– The Duffer Brothers developed the series as a mix of investigative drama alongside supernatural elements with childlike sensibilities, establishing its time frame in the 1980s and creating a homage to pop culture of that decade. Several themes and directorial aspects were inspired and aesthetically informed by the works of Steven Spielberg, John Carpenter, and Stephen King, among others.
– The first season was released on Netflix on July 15, 2016. It received critical acclaim for its characterization, pacing, atmosphere, acting, soundtrack, directing, writing, and homages to 1980s genre films. The series has received several industry nominations and awards, including winning the Screen Actors Guild Award for Outstanding Performance by an Ensemble in a Drama Series in 2016, and receiving eighteen nominations for the 69th Primetime Emmy Awards, including Outstanding Drama Series. On August 31, 2016, Netflix renewed the series for a second season of nine episodes, which was released on October 27, 2017. In December 2017, Netflix ordered a third season. The Duffer Brothers intend to conclude Stranger Things with a fourth or fifth season.
(Source: Internet) 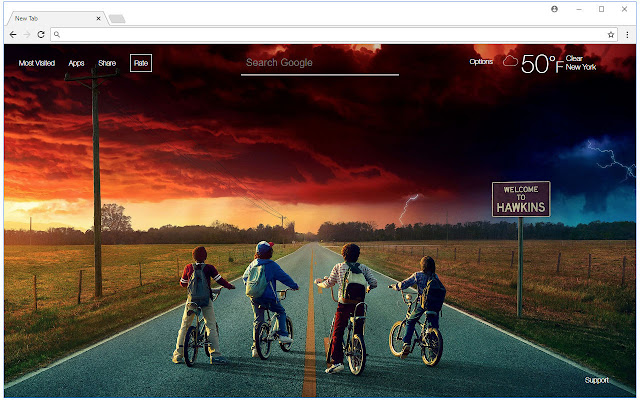 – The Duffer brothers ARE twins (in case you were wondering)…though they don’t know if they’re identical or fraternal.
– The Duffer brothers actually used an old Stephen King book cover to help pitch their project.
– Netflix bought “Stranger Things” within 24 hours of hearing the pitch.
– Casting the kids took months and the Duffers rejected at least 100 kids before landing on their cast.
– Millie Bobby Brown’s (Eleven) audition used entirely FAKE scenes.