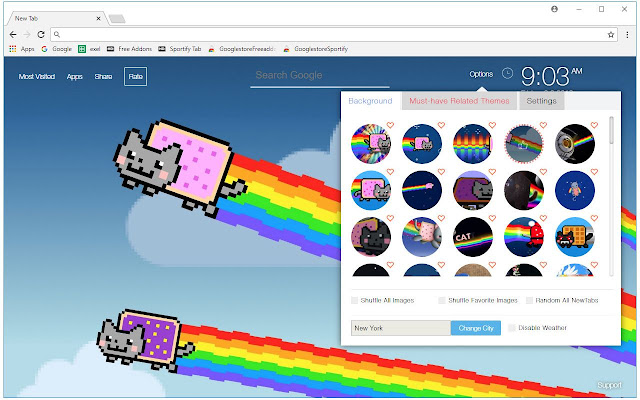 The extension is made by fans, for fans who like Nyan Cat or cats, kitten, kittens in general… Visit our homepage for more HD wallpapers and newtab themes: https://freeaddto.com/ 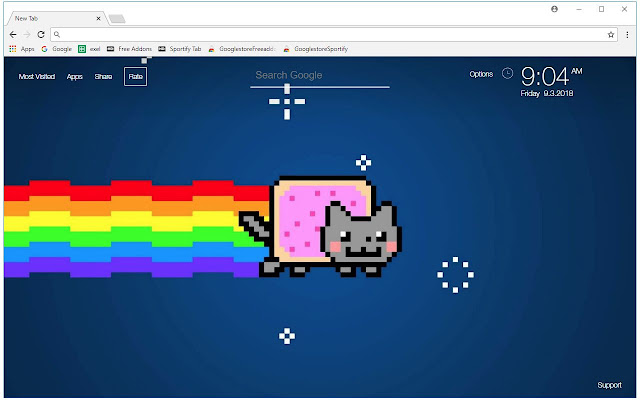 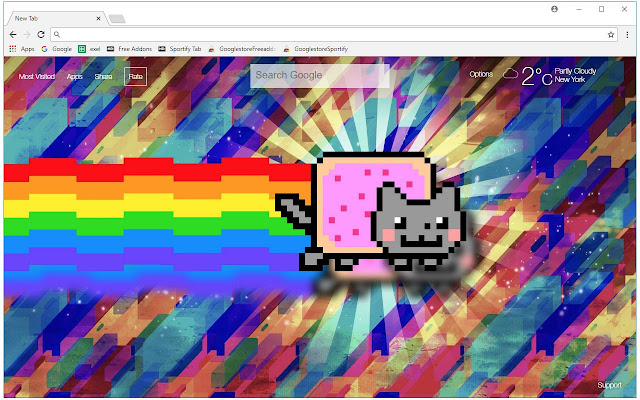 – Nyan Cat is the name of a YouTube video uploaded in April 2011, which became an Internet meme. The video merged a Japanese pop song sung by Hatsune Miku with an animated cartoon cat with a Pop-Tart for a body, flying through space, and leaving a rainbow trail behind it. The video ranked at number 5 on the list of most viewed YouTube videos in 2011.

– Original Animated GIF: On April 2, 2011, the GIF animation of the cat was posted by 25-year-old Christopher Torres of Dallas, Texas, who uses the name “prguitarman”, on his website LOL-Comics.[2] Torres explained in an interview where the idea for the animation came from: “I was doing a donation drive for the Red Cross and in-between drawings in my Livestream video chat, two different people mentioned I should draw a ‘Pop Tart’ and a ‘cat’.” In response, he created a hybrid image of a Pop-Tart and a cat, which was developed a few days later into the animated GIF.[3] The design of Nyan Cat was influenced by Torres’ pet cat Marty, who died in November 2012 from feline infectious peritonitis. 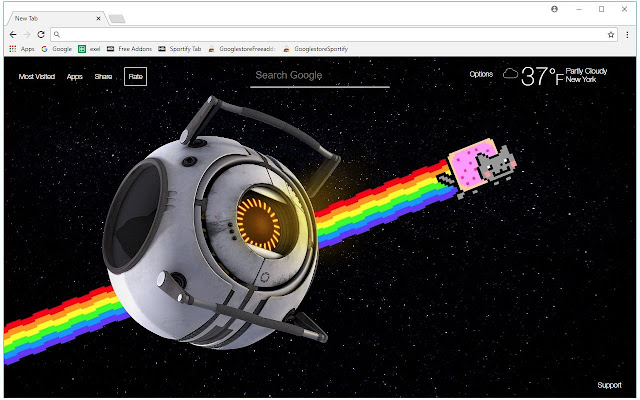 – Original Youtube Video: YouTube user “saraj00n” (whose real name is Sara)[11] combined the cat animation with the “Momo Momo” version of the song “Nyanyanyanyanyanyanya!”, and uploaded it to YouTube on April 5, 2011, three days after Torres had uploaded his animation, giving it the title “Nyan Cat”.[1][3] The video rapidly became a success after being featured on websites including G4 and CollegeHumor. Christopher Torres said: “Originally, its name was Pop Tart Cat, and I will continue to call it so, but the Internet has reached a decision to name it Nyan Cat, and I’m happy with that choice, too.” 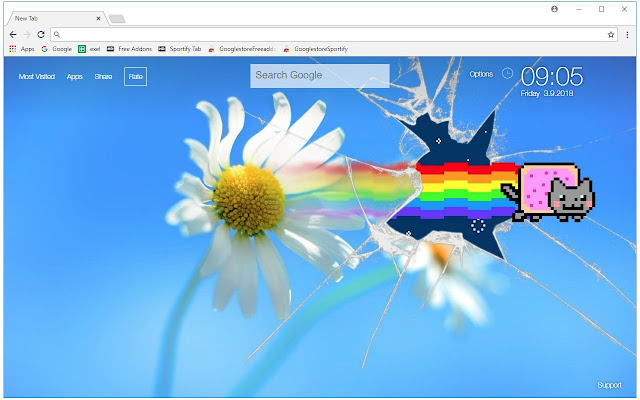