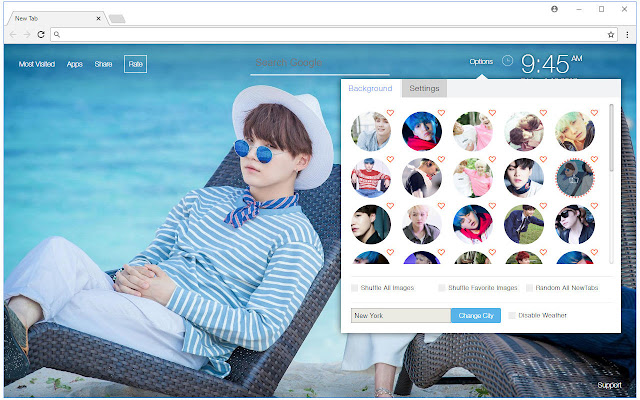 The extension is made by fans, for fans who like Suga, BTS Bangtan Boys, Kpop, Korean idol groups, or music in general… Visit our homepage for more HD wallpapers and newtab themes: https://freeaddto.com/ 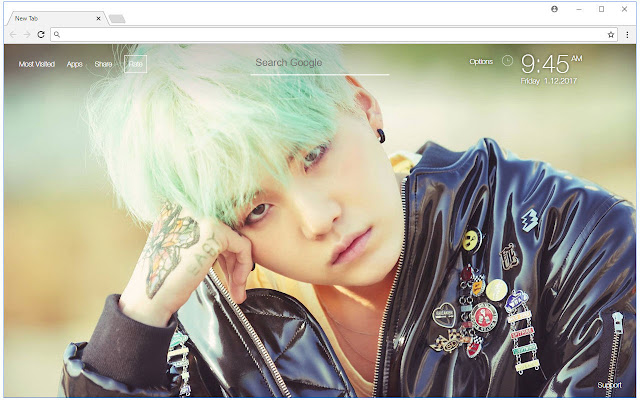 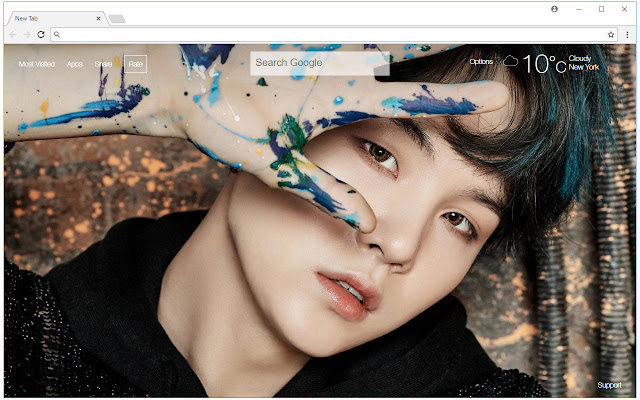 – Min Yoon-gi (Hangul: 민윤기); Better known as Suga (stylized as SUGA) or Agust D, is a South Korean rapper, songwriter and record producer. He is the lead rapper of the South Korean boy group BTS, and made his debut on June 13, 2013, as a member of BTS on Mnet’s M! Countdown with the track “No More Dream” from their debut single album 2 Cool 4 Skool. Together with the members of BTS, he went on to win a series of awards and performed at several events such as the Mnet Asian Music Awards (MAMA) and the award “Top Social Artist” at the Billboard Music Awards (BBMA).
(Source: BTS Wikia) 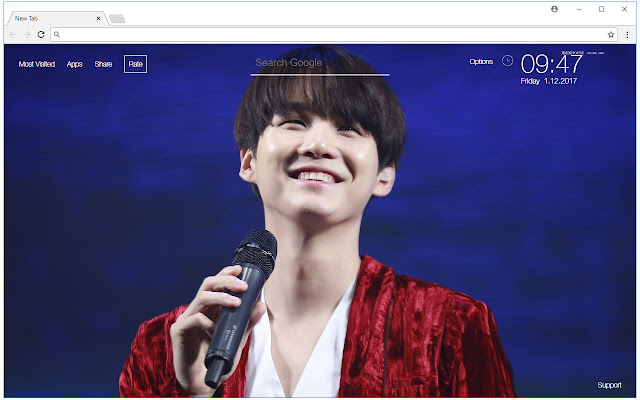 – Suga loves Taking Photo
– Suga Favorite Color is White
– Suga really like to have a cooking battle
– Suga role is to nag or scold the younger members when they make a mistake. It’s because he is the only member in the group who can speak harshly. He has an honest and blunt personality so if he feel that something isn’t right, he always speak up about it.
– Suga is terrible with English 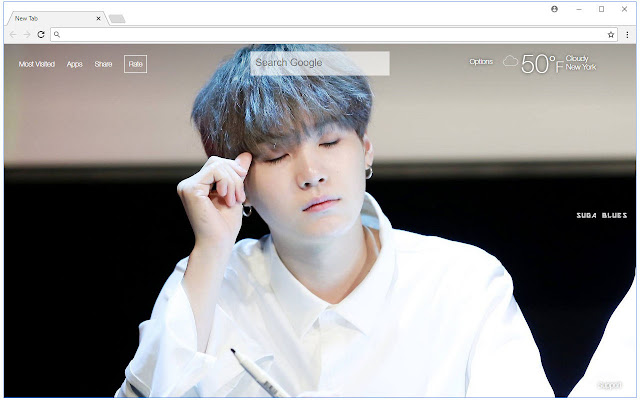