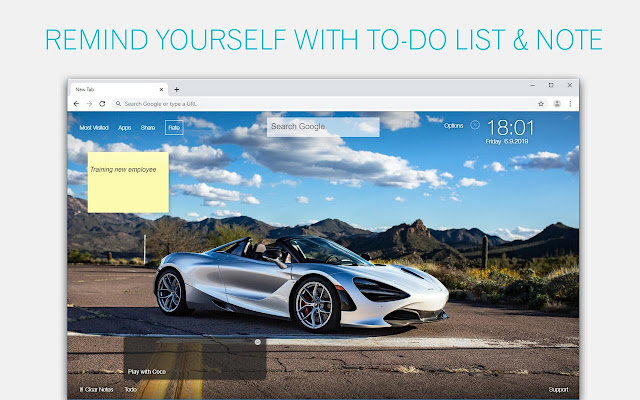 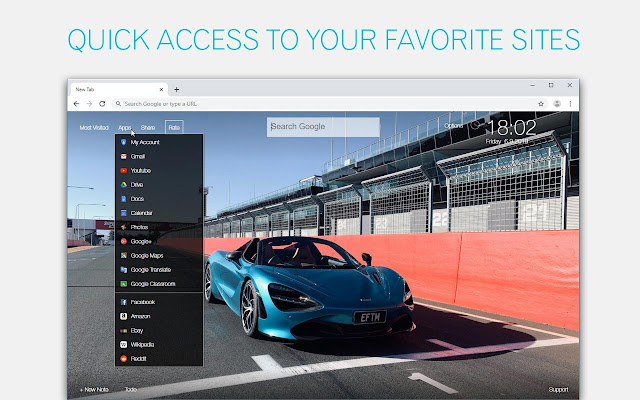 ✔ Customized new tab page featuring McLaren 720s wallpapers in HD quality. Choose your favorite wallpapers, and even use many FreeAddon new tab along with this one, not just McLaren 720s sports cars.
✔ Count Gmail unread emails. Quick access to most visited sites and Google Apps like Gmail or YouTube.
✔ Check out current date-time with a digital clock right on McLaren 720s themed newtab page.
✔ You can also add sticky notes, to-do tasks list, reminder and countdown to events.

★ FreeAddon’s “McLaren 720s Wallpaper HD Custom New Tab” extension is completely free to use. Our extension DOES NOT have ads or virus. 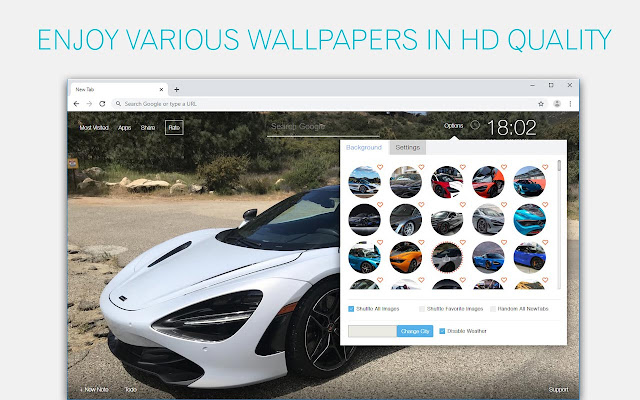 – The McLaren 720S is a sports car designed and manufactured by British automobile manufacturer McLaren Automotive. It is the second all-new car in the McLaren Super Series, replacing the 650S beginning in May 2017. 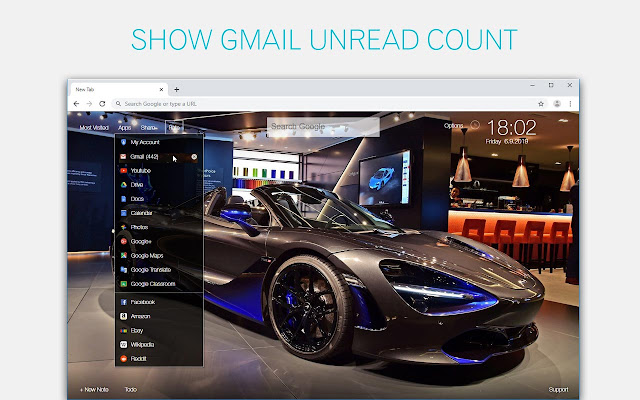 – The 720S was launched at the Geneva Motor Show on 7 March 2017 and is built on a modified carbon monocoque, which is lighter and stiffer in contrast to the 650S. 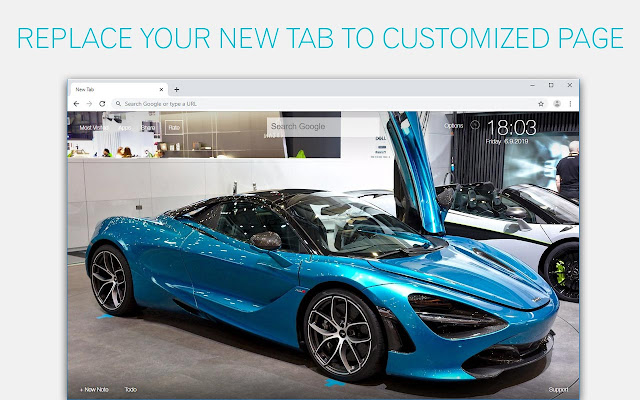