October 22 Update: New 05 Images (Scroll down to end in “Options” Box).New Tab Themes with HD wallpapers by fans, for fans of BLACKPINK. 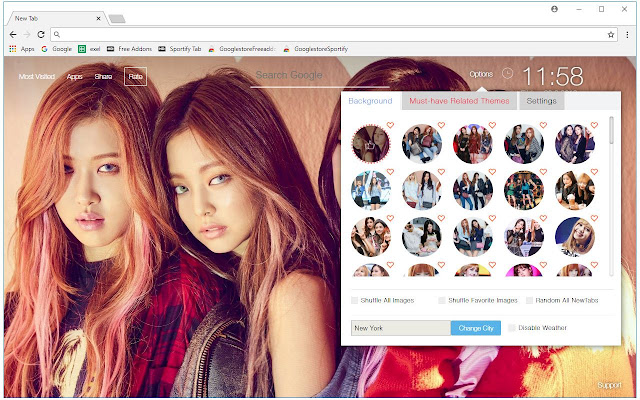 The extension is made by fans, for fans who like Korean idol groups… Visit our homepage for more HD wallpapers and newtab themes: https://freeaddto.com/ 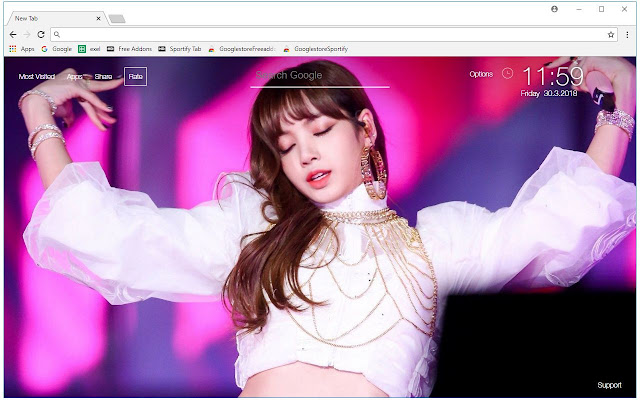 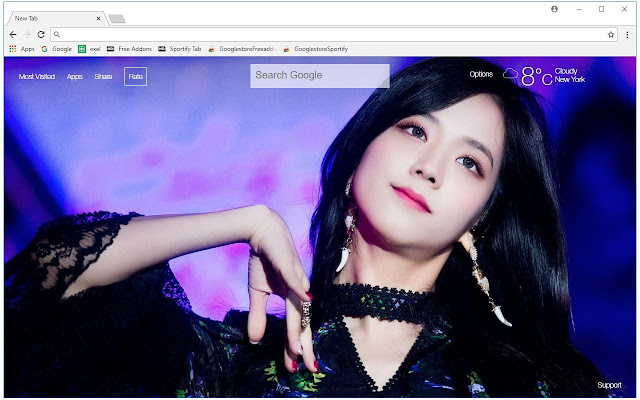 – Black Pink (Hangul: 블랙핑크), stylized as BLACKPINK or BLΛƆKPIИK, is a South Korean girl group formed by YG Entertainment, consisting of members Jisoo, Jennie, Rosé, and Lisa.
– The group officially debuted on August 8, 2016, with their single Square One, which spawned their first number-one hit, “Whistle.” The single also included “Boombayah,” their first number-one hit on Billboard World Digital Songs chart, which set the record as the most-viewed debut music video by a Korean act. With the group’s commercial success in their first five months, they were hailed as the New Artist of the Year at the 31st Golden Disc Awards and the 26th Seoul Music Awards.
– Black Pink is the highest-charting female K-pop act on Billboard Social 50, peaking at number 15.[1][2] They are also the first K-pop act to be on YouTube’s Global Top 25 Summer Songs, with their 2017 hit “As If It’s Your Last.”[3] They are also the first female K-pop act to have three number-one hits on Billboard’s World Digital Song Sales chart. 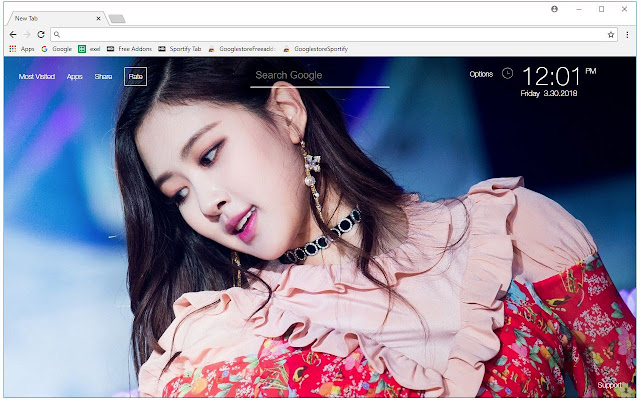 – Lisa’s stepfather the famous chef Paul Markus Bruschweiler specializes in Thai cuisine and holds the title of Global Master Chef of the World Chef Association.
– Rosé likes pineapples on her pizza.
– Jisoo is the youngest in her family although she’s the oldest member in BLACKPINK, she’s actually the maknae in her family and has an older brother and sister.
– Rosé really enjoys being outdoors
– Jennie is an only child. When she was younger, her mom wanted her to be a lawyer or teacher.
– Rosé cries very easily. She’s the most sensitive of all the members.
– Jisoo has a pet dog named Dalgom and refers to herself as Dalgom’s mom on Instagram posts occasionally.
– BLACKPINK could have had a different name. Most fans know that BLACKPINK could have debuted as Pink Punk, but they were also considering other names, including Mangum and Baby Monster.
– Rosé is addicted to Hot Cheetos.
– BLACKPINK has a special song for Yang Hyun Suk. 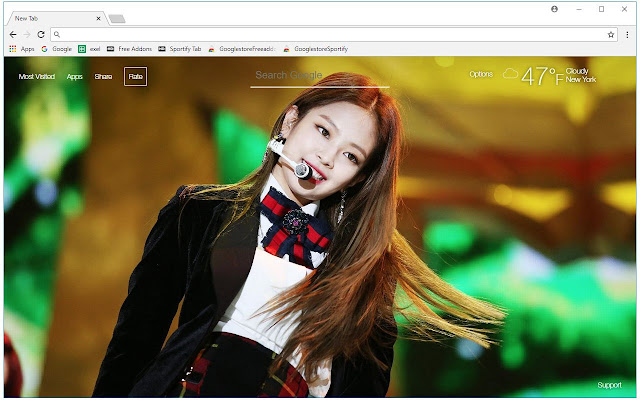