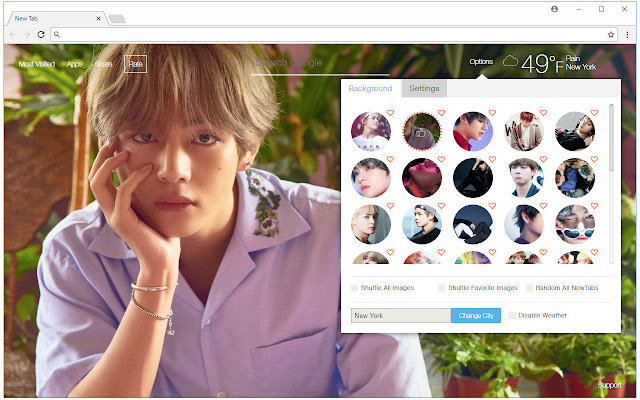 The extension is made by fans, for fans who like Kim Taehyung V, BTS Bangtan Boys, Kpop, Korean idol groups, or music in general… Visit our homepage for more HD wallpapers and newtab themes: https://freeaddto.com/ 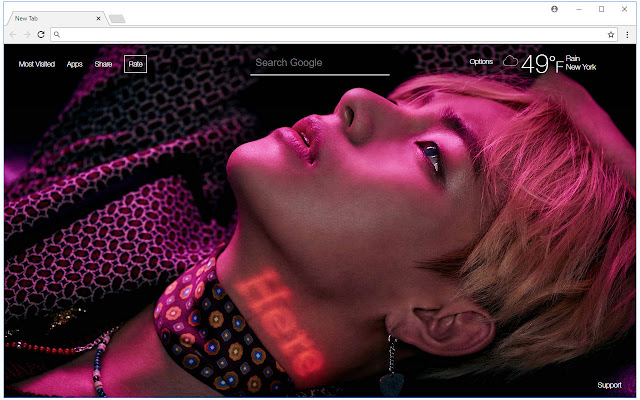 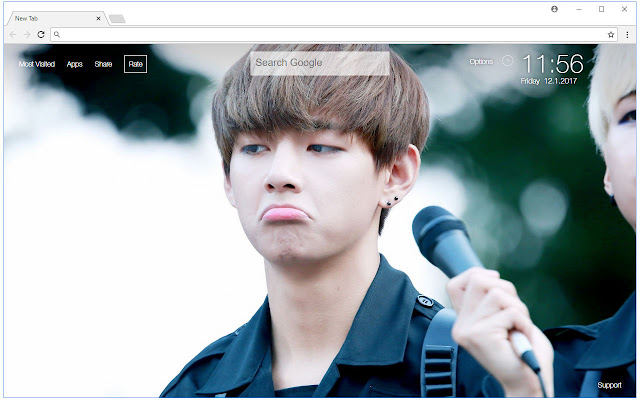 – V was born in Seo District, Daegu, South Korea on December 30, 1995. He moved to Kojang, then returned to Daegu, before moving to Seoul. He has one younger sister, Kim EonJin, and one younger brother, Kim Jeong Gyu. When he was younger, he started playing the saxophone in the 7th grade, and continued practicing the instrument for three years.
(Source: BTS Wikia) 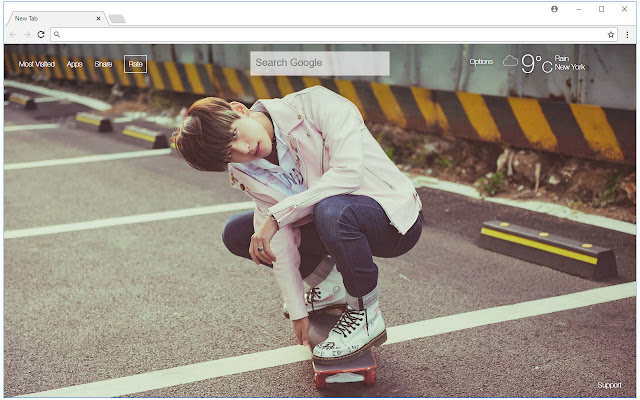 – V’s stage name means ‘victory.’ He revealed, “My stage name was chosen last. Six, Lex, V. Those three names were suggested, but the members and PD all said that V fit me the best and so I picked V to stand for victory.”
– His nickname is Blank Tae and TaeTae.
– He is brilliant in playing saxophone.
– He is yet to be in a serious relationship because he wants to marry his first love and be with her forever.
– His dad is his biggest inspiration, and he wants to be a good father in the future, just like his dad. 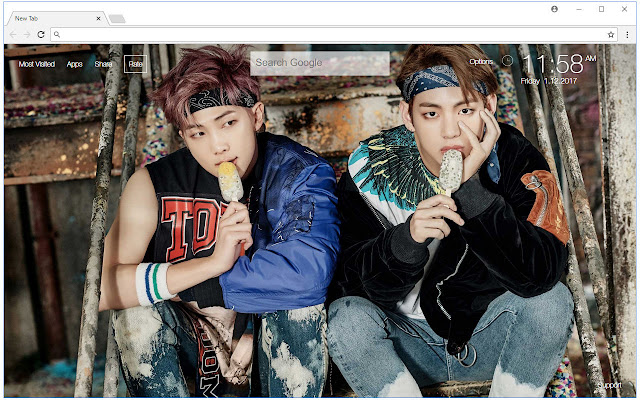