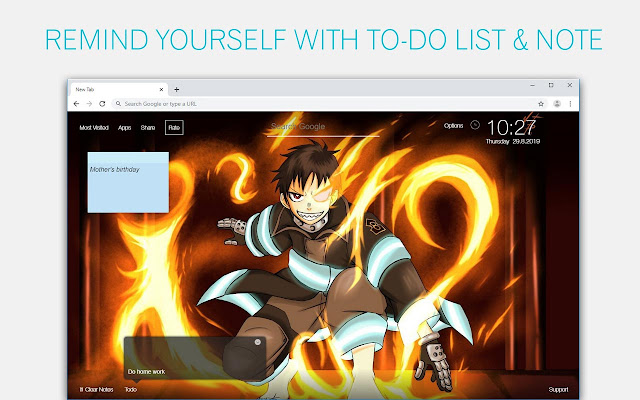 ★ FreeAddon’s “Fire Force Anime Wallpaper HD Custom New Tab” extension is completely free to use. Our extension DOES NOT have ads or virus. 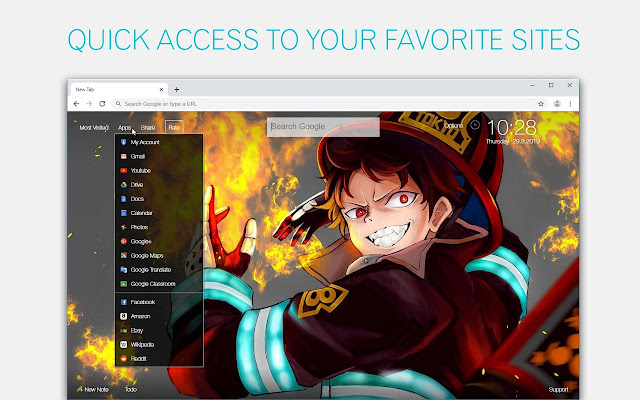 ✔ Customized new tab page featuring Fire Force wallpapers in HD quality. Choose your favorite wallpapers, and even use many FreeAddon new tab along with this one, not just Fire Force (Enen no Shouboutai).
✔ Count Gmail unread emails. Quick access to most visited sites and Google Apps like Gmail or YouTube.
✔ Check out current date-time with a digital clock right on Fire Force anime themed newtab page.
✔ You can also add sticky notes, to-do tasks list, reminder and countdown to events. 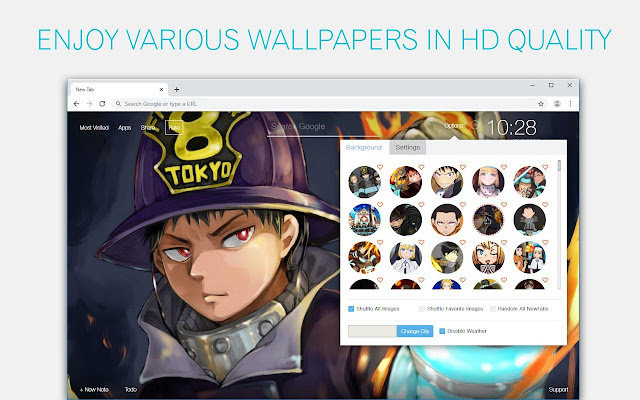 – Fire Force (Japanese: 炎炎ノ消防隊 Hepburn: En’en no Shōbōtai, literally “Blazing Firefighting Corps”) is a Japanese shōnen manga series written and illustrated by Atsushi Ōkubo. It is published by Kodansha and has been serialized in the Weekly Shōnen Magazine since September 23, 2015, with the chapters collected into eighteen tankōbon volumes as of August 2019. An anime television series adaptation by David Production premiered on July 5, 2019 on the Super Animeism block. 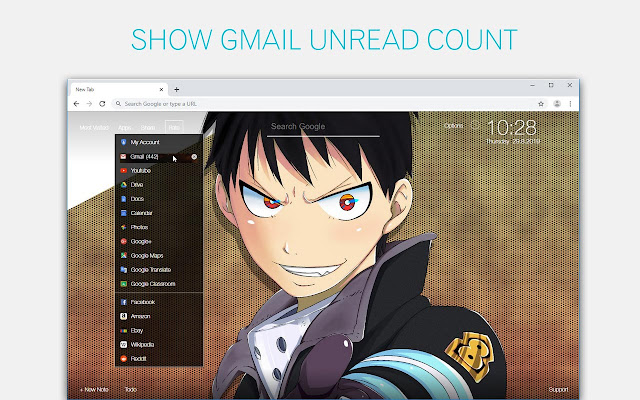 – Synopsis: Shinra Kusakabe is a third generation pyrokinetic youth who gained the nickname “Devil’s Footprints” for his ability to ignite his feet at will. He joins the Special Fire Force Company 8, which features other flames users who have the task of both work to extinguish any Infernals they encounter and investigate companies 1 through 7. As a faction that is creating Infernals appears, Shinra begins to find out the cause of a mysterious fire that killed his family 12 years ago. 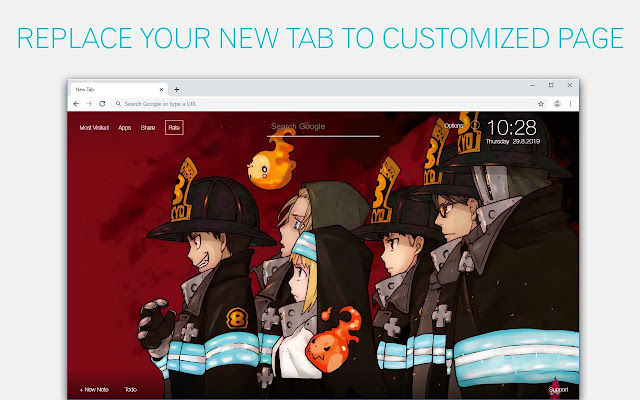