October 27 Update: New 5 Images (Scroll down to end in “Options” Box). Install the extension get HD wallpapers of Doge everytime you open a new tab. 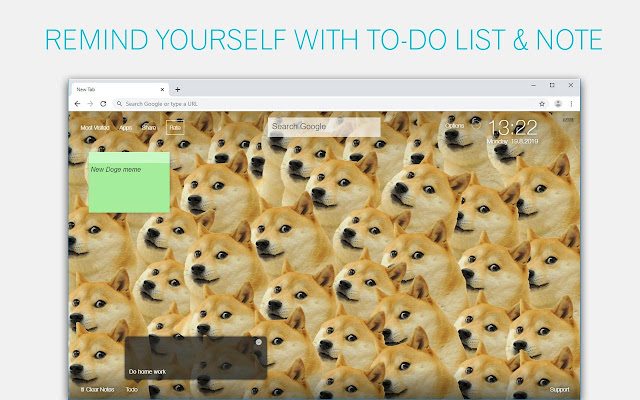 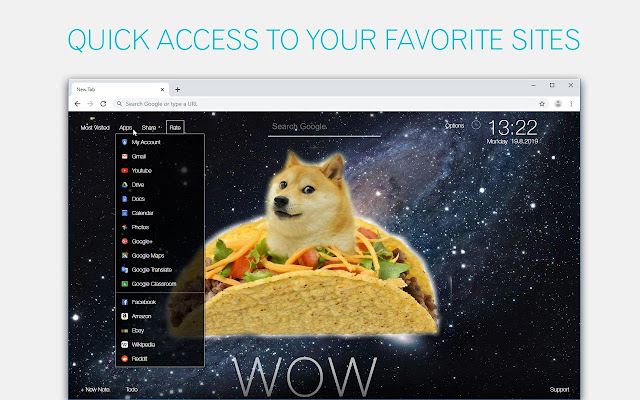 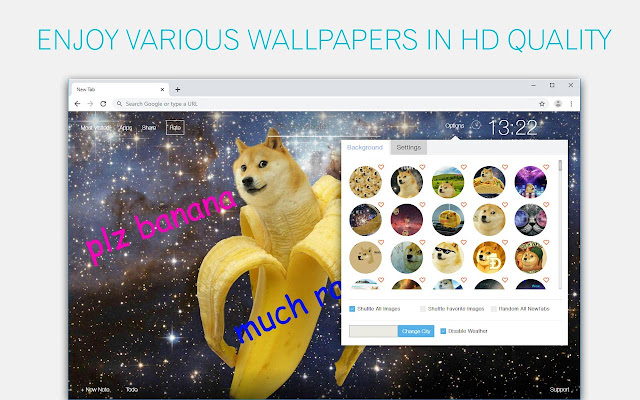 – Doge (often pronounced /ˈdoʊʒ/ DOHZH or /ˈdoʊɡ/ DOHG) is an Internet meme that became popular in 2013. The meme typically consists of a picture of a Shiba Inu accompanied by multicolored text in Comic Sans font in the foreground. The text, representing a kind of internal monologue, is deliberately written in a form of broken English.
– The meme is based on a 2010 photograph, and became popular in late 2013, being named as Know Your Meme’s “top meme” of that year. A cryptocurrency based on Doge, the Dogecoin, was launched in December 2013, and the Shiba Inu has been featured on Josh Wise’s NASCAR car as part of a sponsorship deal. Doge has also been referenced by members of the United States Congress, a safety video for Delta Air Lines, a Google Easter egg, and the video for the song “Word Crimes” by “Weird Al” Yankovic. 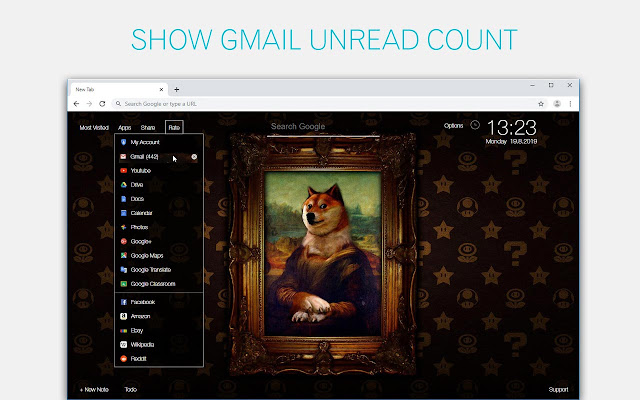 – The word “Doge” comes from this 2005 Homestar Runner clip.
– It didn’t really pop up again until 2010, when someone made this very weird, but very popular Tumblr post.
– Jokes based on the weird Doge Tumblr post floated around for a few years…
– …until history was made when someone called a Shiba Inu a doge on 4chan.
– That same month, based on the original weird Doge role-playing Tumblr post, this corgi with a tea set on his head was posted on Tumblr and quickly went viral. 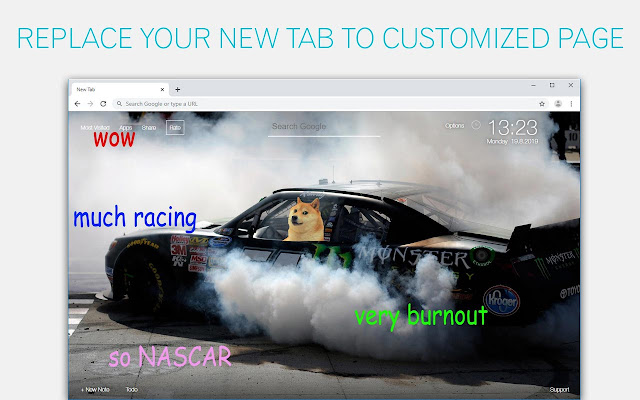