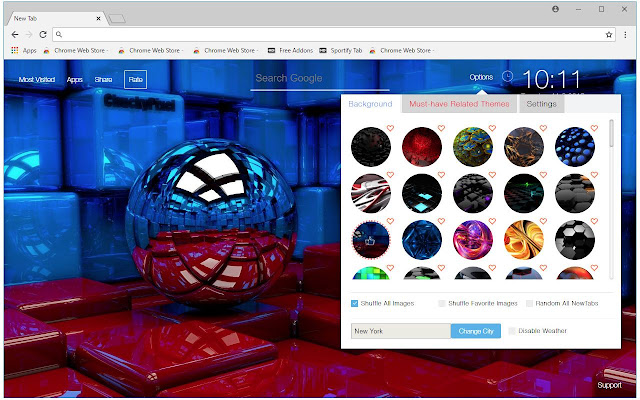 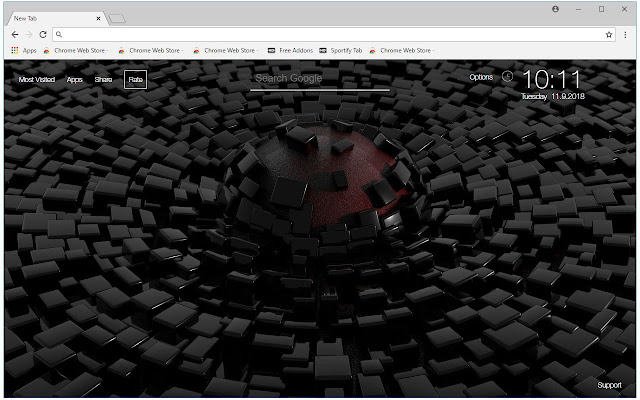 ★ What can you get from our 3D arts themes?

Second, the extension provides quick navigation to your most visited sites, Chrome apps like Gmail, or quick reminder with To-Do List right on the 3D wallpapers theme. Date, time and weather forecast can also be shown on 3D arts new tab if you need.

Finally, you can enjoy all these features (and more will be added on your requests) for free! Our 3D arts extension does not include ads or any hidden catch! 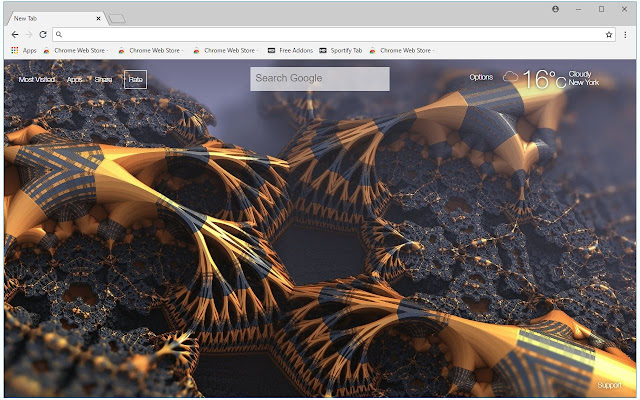 + In 1838 Charles Wheatstone and Fox Talbot worked together on stereo photography, which enabled pairs of identical images to be combined and viewed in 3D with glasses.
+ The first 3D on film was in 1915, with three short one-reel films. The first 3D feature film was made in 1922, and called Power of Love.
+ The only 3D feature to have spawned a sequel also shot in 3D, was the Creature from the Black Lagoon after Revenge of the Creature was released in 1955. The film also happened to offer a certain Clint Eastwood his first screen role as an uncredited lab technician. 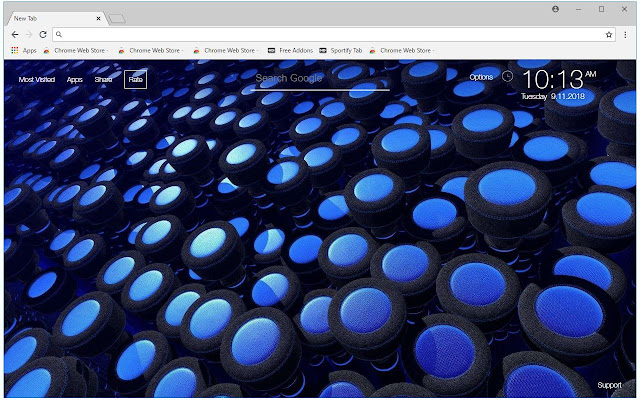 + The silver screen is more than a glitzy metaphor for the cinema. 3D films viewed with passive glasses must be projected onto a silver painted screen. The technique involves using polarized light to create the 3D effect and only a silver screen is good enough to reflect the film image back without losing that polarization.
+ William Gruber, an organ maker from Portland, Oregon, invented the View-Master. While visiting the Oregon Caves, he met Harold Graves, the president of Sawyer’s, Inc. His company specialized in picture post cards. Together, they created the successful company that exists today. 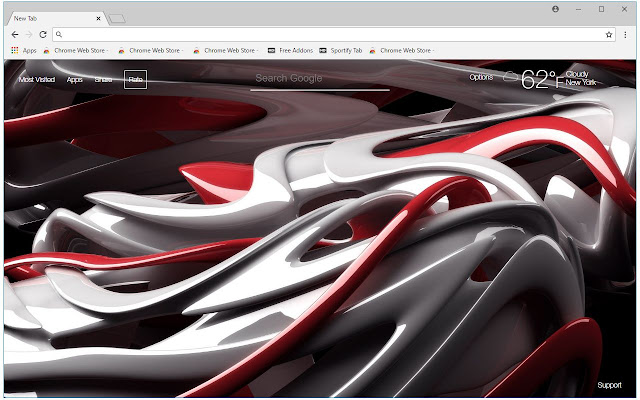